Don't expect lots of goals when Shrewsbury visit The Valley 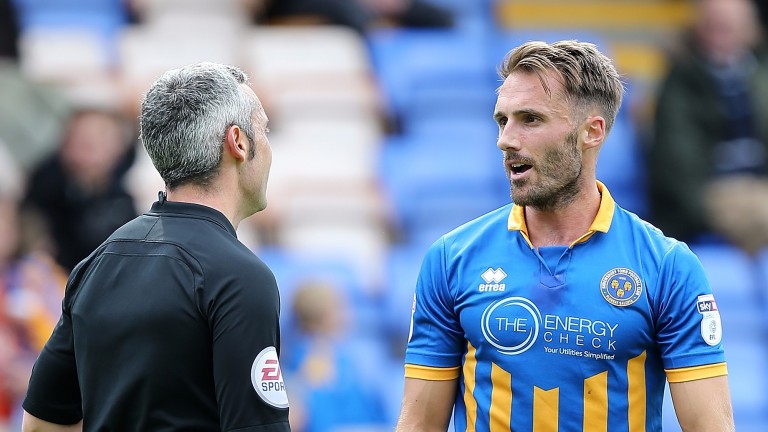 Shrewsbury seem to have ticked all the right boxes going into their Sky Bet League One playoff semi-final first-leg showdown with Charlton at The Valley.

Third in the division, a country mile clear of their playoff opponents? Check. Winners at Charlton earlier in the season? Check. Second-best defence in the division? Check. Knockout prowess demonstrated by reaching a Wembley final? Check.

It’s an impressive-looking list yet there is still the sense that none of the above may count for much against a revitalised Addicks side who are more than capable of stopping Salop from nicking an advantage.

The bookies certainly aren’t swooning over those Shrewsbury stats. They rate Paul Hurst’s men as playoff outsiders despite their 87-point haul, and make Charlton strong favourites for a first-leg win.

The draw, however, is as short as 2-1 which gives a better indication over what to expect in south London.

Yes, the Shrews have been defensively formidable all season and will hope to control the game in the capital the way they have controlled so many road trips this term. Their strength on the counter-attack is also noteworthy.

But Charlton have become far better organised under caretaker boss Lee Bowyer – the Addicks have shipped just five goals in their last 11 matches and never more than a single goal in a game. They had three wins to nil prior to Saturday night’s loss at a Rochdale side scrapping for League One survival.

Charlton's early-season inconsistency has largely disappeared whereas Salop start the post-season on a run of just one win in six since losing to Lincoln in the EFL Trophy final at Wembley.

One of those fixtures was a 2-0 home defeat to Charlton and the absence through injury of skipper Abu Ogogo cannot be overstated.

Five of Charlton’s last six matches have produced exactly one goal and a bet on under 1.5 goals is advised given how little there is between these teams.