Don't be fooled: playoffs are no lottery 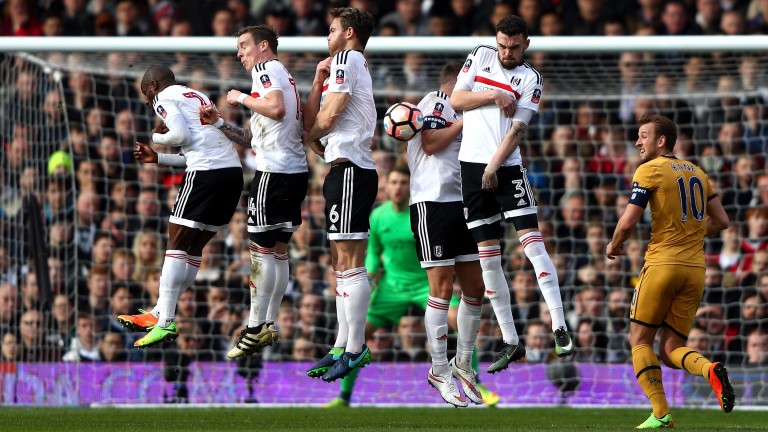 Fulham's goal difference suggests they are dangerous to dismiss in the playoffs
Ian Walton
1 of 1
7:45PM, MAY 11 2017

It’s 30 years since English football introduced the end-of-season playoffs. Other than Jimmy Hill’s ingenious proposal to increase the reward for winning matches from two points to three in 1981, I’m not sure there has been a better invention in the history of our game.

The playoffs can be called many things. They’re exciting, they’re nervy and most of all they’re always must-watch games. There’s one thing they are not, however, and that’s the word I see associated with them most frequently.

A lottery? No, the playoffs aren’t a lottery.

When four usually quite well-matched sides clash over two-legged semi-finals and a one-off final at a neutral ground any of the four can win. But that doesn’t make them a lottery and every time I hear them labelled as such it makes me want to bang my head against a wall.

I know from speaking to hundreds of bettors over the years, from professional to very casual and everywhere in between, that so many enjoy trying to solve the puzzle of the playoffs and find the three winners.

There are always a lot of angles to explore when trying to solve the playoff puzzles. Many believe the manager is a vital cog in the wheel when it comes to these high-pressure games. Others look for past playoff experience or success in cup football.

This year, for reasons best known to the EFL, we’ve already had both legs of the League One semi-finals before the Sky Bet Championship and League Two versions have begun. I don’t recall that ever being the case before. I’m sure I could find out the reason why it’s happening this year if I searched online but whatever it is I am so sure I wouldn’t like it I have decided not to find out.

So this week my research centred on the two sets of playoffs about to begin, and something struck me about the make-up of this year’s competitors.

Take a look at the goal difference of the teams involved over the whole season:

At first glance, that seemed to me to be pretty odd. These four teams were split by just five points in the Championship and seven in League Two. In theory, in terms of ability there isn’t supposed to be much between them.

But over 46 games the difference between the number of goals they’ve scored and conceded is big. That seemed like it ought to hold some relevance to what the playoffs might bring, so I tried to find out.

I’ve kept stats on the three sets of English playoffs since the 1999-2000 season. That’s 17 seasons, 51 individual playoff tournaments. The team with the best (or joint-best in a couple of cases) regular-season goal difference have won the playoffs in their division 16 times out of 51.

That’s 31.4 per cent. If the playoffs were a lottery, as many want us to believe, the figure would be somewhere around 25 per cent. It seems fair to say the team who have the best record of scoring goals relative to conceding them over the course of a whole season do better in the playoffs than "pure lottery" would suggest.

But even more stark is the record of teams with the worst goal difference of the four contesting teams. They have won just six of 51 playoff competitions. Just 11.76 per cent. if you had backed every team entering the playoffs with the worst regular-season goal difference since 1999-2000 you’ve have needed to have got an average price of 15-2 just to break even.

Because many, clearly including some bookmakers, believe the playoffs to be more of a lottery than they really are, you never see teams at prices that big to win the playoffs, so if you had backed them all you’d be showing a significant loss.

This admittedly small sample size gives us fair warning to think carefully before backing such a team to win the playoffs.

And that’s particularly relevant to the two playoff competitions starting this weekend. The two Championship semi-finals both feature a side with good goal difference against one with a bad one.

That’s not to say Huddersfield and Reading can’t win these ties, nor Carlisle against Exeter in League Two. Over two football matches it should go without saying that they can.

But anyone surprised to see Fulham as fairly strong favourites to qualify against Reading despite finishing below them in the league probably shouldn’t be, because we have firm grounds to believe Fulham are the superior football team, and the playoffs aren’t a lottery.