Dons can play their part in Tynecastle thriller 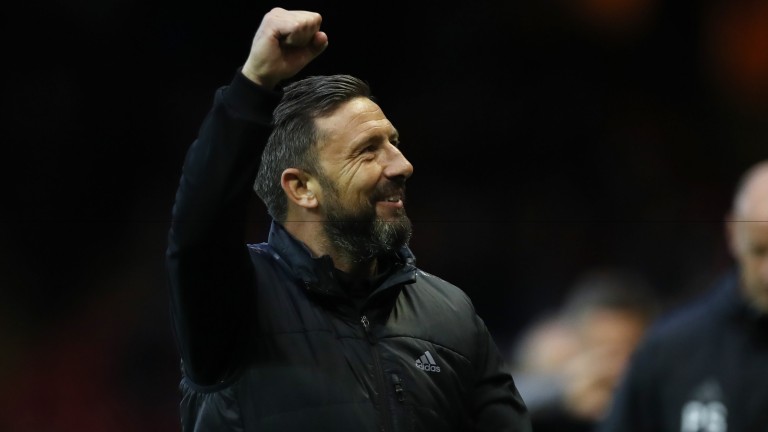 Aberdeen manager Derek McInnes has a full squad to choose from
Ian MacNicol
1 of 1
By Mark Walker 8:03PM, DEC 29 2016

Expect a Tynecastle thriller when Hearts and Aberdeen face off in what is usually a bruising battle.

The capital side got their first win under new boss Ian Cathro when they trounced Kilmarnock 4-0 on Tuesday while Aberdeen were seeing off the determined challenge of Hamilton.

The Dons have regrouped after a slump with that win and a decent performance at Motherwell, while Hearts were coming off a four-game run without a win.

Both sides have suspect defences, but Aberdeen probably have the better squad with the likes of Jonny Hayes finding form again.

However, it’s a huge task to win at Tynecastle. Goals from both sides could be the best bet.

Bet on this match on soccerbase.com

Recommendation
Both teams to score and over 2.5 goals
1pt 11-10 Coral

Team news
Hearts will be without Scotland right back Callum Paterson, who was ruled out for ten months this week and Sam Nicholson. Don Cowie is also unlikely to feature.

Aberdeen have a full squad to pick from.