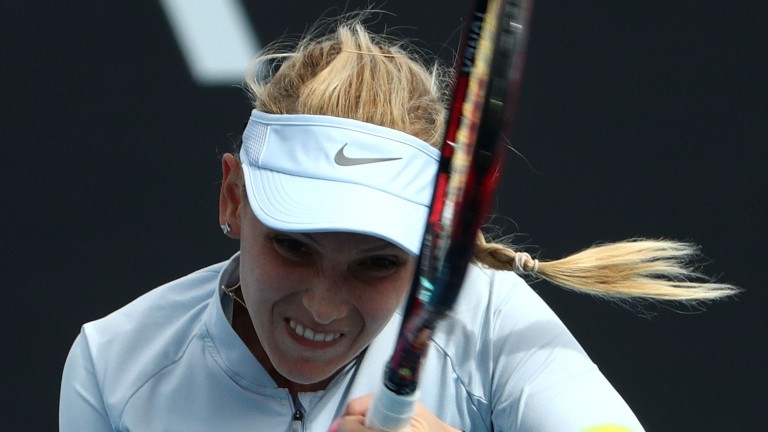 Kerber v Vekic
Angelique Kerber is one of the Australian Open title contenders this year, but the 2016 Melbourne Park singles champion faces a tough test of her repeat credentials against Donna Vekic.

The pair have played only once – on a Toronto hard court last summer – and that resulted in a close 6-4 7-6 victory for Kerber.
There's a slight question about whether Vekic is as strong a performer in searing heat, but at the prices available it's worth taking the chance that she can trouble Kerber for a second time.

After a 2017 campaign spent struggling to live up to her annus mirabilis in 2016, Kerber has started the new year on the front foot and she was a comfortable, deserving winner in Sydney last week.

But while there should be plenty more to come from the German, it would be foolish to underrate Vekic, who looks a future Grand Slam winner herself.

Vekic showed her class in a thrilling second-round defeat to Johanna Konta at Wimbledon last summer, which was one of the best matches of last season.

The Croat has already built up a wealth of experience on the WTA Tour having turned professional in 2003, but more importantly she has the required solid temperament needed to prosper at the highest level.

Vekic can be risked to post an upset, but backing her with a decent start looks the safest bet.

Thiem v Kudla
Dominic Thiem did well to defeat Guido Pella in straight sets in his opening match – one which could have been problematical – but there may be little room for letting up for the Austrian in his second outing against the resurgent Denis Kudla.

Qualifier Kudla has always been a potentially useful performer, but 2017 was a campaign to forget for the American.

It looks as if Kudla has rediscovered his mojo, however, judging by the way he battled through qualifying and defeated compatriot Steve Johnson 6-7 6-3 7-6 6-2 in his main-draw opener.

Thiem is seldom an easy player to upend, but Kudla at his peak is more than capable of rallying on a hard court with the fifth seed.

Punters can consider backing Kudla to post a big upset, but should not miss the chance to back the outsider to win at least a set at odds-against.