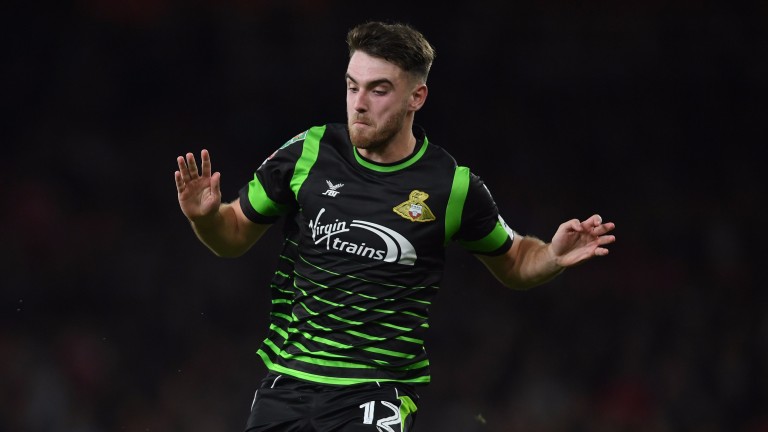 Ebbsfleet v Doncaster
There will be shocks for sure on FA Cup first-round weekend but Doncaster can avoid any hiccups at National League side Ebbsfleet.

Rovers are taking the trip seriously, knowing the potential is there for an upset against a physical side but if the Sky Bet League One team can match the effort their superior class should tell.

Ebbsfleet are mid-table in the fifth tier after failing to score in three of their last four matches and they take on a Doncaster side who the stats suggest are much better than 17th in League One suggests.

Expected goal ratings have Doncaster down as one of the unluckiest in the section and only Wigan have a superior shot ratio.

The chances are coming for John Marquis and his teammates and the drop down in grade may just help them find their scoring touch after Rovers notched a league-high 85 goals last season in League Two.

Darren Ferguson's outfit showed a different side to themselves last week as they dug in for a 1-0 win at Bury and a shade of odds-on for a Donny success maybe overestimates the chance of a giantkilling.

Monchengladbach v Mainz
Following Mainz on the road has been a miserable experience for their supporters and things may not improve after this difficult trip to Monchengladbach.

Mainz have won one of their last 18 Bundesliga trips, losing 13 and drawing four. They have already lost to nil at Bayern Munich, Schalke and Stuttgart this season with the point coming at a Wolfsburg side who needed a playoff to stay up last term.

Younes Malli top-scored for Mainz in 2016-17 despite leaving in January, and arguably their biggest threat other than him was Jhon Cordoba, who departed for Cologne in the summer transfer window.

Gladbach are only three points off second and are ticking along nicely, albeit following a slow start that culminated in a 6-1 drubbing at Borussia Dortmund.

They have since been thumped 5-1 by Leverkusen too but between those hammerings the Foals beat Hannover, Werder Bremen and, more impressively, Hoffenheim away.

Lars Stindl and Thorgan Hazard provide an attacking threat not posed by the visitors.

Valencia v Leganes
Valencia's climb to second place in La Liga has been one of the stories of the season with Simone Zaza playing some remarkable football.

The Italian, who flopped at West Ham, has scored in each of his last six Los Che matches as his side have taken some notable scalps, including wins over Sociedad, Athletic Bilbao, Betis and Sevilla plus draws against Real Madrid and Atletico Madrid.

However, Valencia are a team who have done a lot of their best work on the counter-attack and they struggled to see off Alaves last week before winning 2-1 with their only two shots on target.

One of those was a penalty and Los Che will find it difficult to create space against a Leganes side who are one of Europe's best when it comes to denying opportunities.

Leganes are conceding on average three shots on target per game - the second-best record in La Liga behind Barcelona - and can stay competitive.

Banker
Fleetwood 7-10
Monday's game should be a great chance for Fleetwood, who have played excellently in their last two games against Oxford and Blackburn, to progress past fifth-tier Chorley.

Blowout
Blackpool 11-10
With two wins in ten away games this season it is hard to be overly confident about Blackpool at Boreham Wood. The non-leaguers are unbeaten in seven and last tasted defeat at home in April. 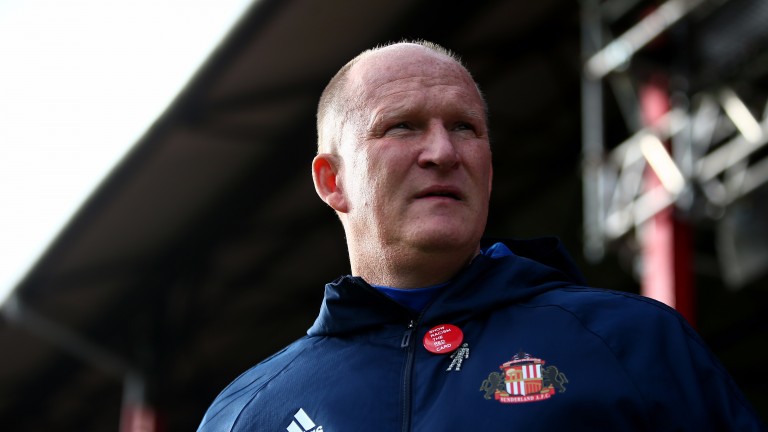 It was widely reported on Tuesday that Simon Grayson had one game left to save his job as Sunderland manager and he was sacked within 20 minutes of the 3-3 draw against Bolton.

Grayson won't be the only manager to have such an ultimatum put on his head and the most famous of its kind was Mark Robins' goal against Nottingham Forest which apparently saved Sir Alex Ferguson from the chop at Manchester United in 1990.

There are a lot of stupid things about football, but giving a manager X amount of matches to save their job is right up there with the most nonsensical of the lot.