Dominic Thiem can bring Cecchinato back down to earth

Del Potro can put Nadal under some pressure 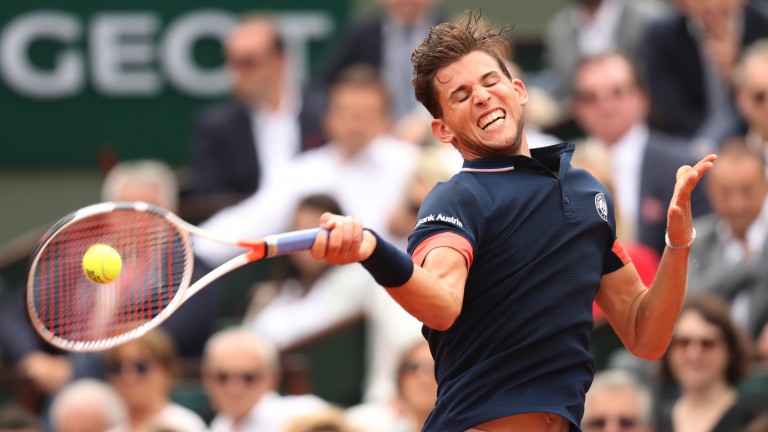 There are not many players who have the ability or the nerve to seriously test Rafael Nadal on a clay court but Juan Martin Del Potro can push the champion in their semi-final at Roland Garros.

The markets heavily favour Nadal, who is 1-8 to progress and odds-on to win without even dropping a set.

Nadal's record at Roland Garros - ten titles and 84 wins from 86 matches - marks him down as the most successful clay court player of all time.

But he had to recover from a set down to win his quarter-final against Diego Schwartzman – winning 4-6 6-3 6-2 6-2 – and may have to show powers of recovery against the dangerous Del Potro, who relishes a challenge.

The longer format makes him even more difficult to beat but he can be vulnerable early on against opponents possessing the capacity and inclination to play big shots.

Del Potro falls into that category.

The Argentinian's heavy serve will have greater penetration earlier in the match and he will look to play aggressive tennis in the return games, putting as much pressure as possible on the Nadal serve.

Playing that way over four or five sets will demand a lot of Del Potro's suspect fitness levels. And it is worth remembering that he expended plenty of mental and physical energy in Thursday's quarter-final 7-6 5-7 6-3 7-5 win over Marin Cilic.

However, reaching the second Roland Garros semi-final of his career will have given him a huge lift.

With the pressure off, Del Potro is likely to come out swinging and his aggressive style may nudge him into an early lead before he gets ground down later on.

Cecchinato v Thiem
Marco Cecchinato's run to the last four has been the big story of this year's French Open but the Italian may bow out with a whimper against seventh seed Dominic Thiem.

It has been a remarkable tournament for Cecchinato, who had previously appeared at four Grand Slams - suffering four first-round exits.

That trend of early defeats almost continued but Cecchinato came back from the dead in his first round clash against Marius Copil, winning 2-6 6-7 7-5 6-2 10-8.

The win over Djokovic was the biggest of his career and demanded a lot, physically and mentally, with the marathon fourth-set tie-break going 13-11 in Cecchinato's favour.

Cecchinato may have little left in the tank and any dip in performance could leave him struggling against a tough opponent.

Thiem lost out to Nadal in last year's French Open semi-finals but has returned even stronger and produced a superb performance to oust second seed Alexander Zverev 6-4 6-2 6-1 in this year's quarter-finals.

He could be just as comfortable against Cecchinato and is value to win in straight sets.