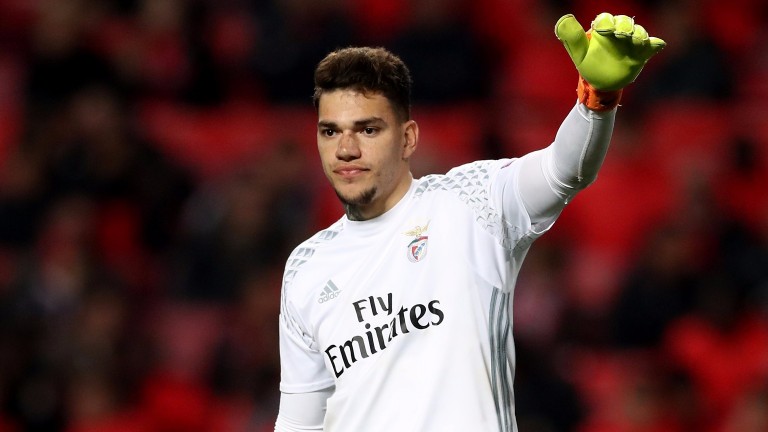 Benfica goalkeeper Ederson has been earning rave reviews
Lars Baron
1 of 1
By Mark Langdon 7:57PM, MAY 27 2017

Benfica have already secured their main aim for the season after retaining the Primeira Liga title but the champions should land a domestic double against Vitoria Guimaraes when the sides meet in the Portuguese Cup final in Lisbon's national stadium.

For a team who have become top dogs in Portugal - Benfica have won each of the last four league titles - they don't have a particularly strong record in the knockout competition with only one success in 12 years.

However, Benfica look primed to take the honours this time under boss Rui Vitoria, who was in charge of Vitoria when they stunned the Eagles in the 2013 showpiece.

Benfica battered Vitoria 5-0 earlier this month in a dominant display that secured them the title. They were four up at the break and won the shots-on-target count 13-0.

However, the other meetings were closer with Benfica winning the reverse league game 2-0 as well as a League Cup group-stage encounter by the same scoreline.

Porto have also won 2-0 and 3-0 against Guimaraes in the league this term so the win-to-nil bet is one option, but preference is for Benfica to triumph in a match featuring under 3.5 goals.

The outsiders are sure to be motivated but Benfica are stronger all over the pitch from highly-rated goalkeeper Ederson right through to front two Jonas and Konstantinos Mitroglou.

Bet on Sunday's football at Soccerbase.com