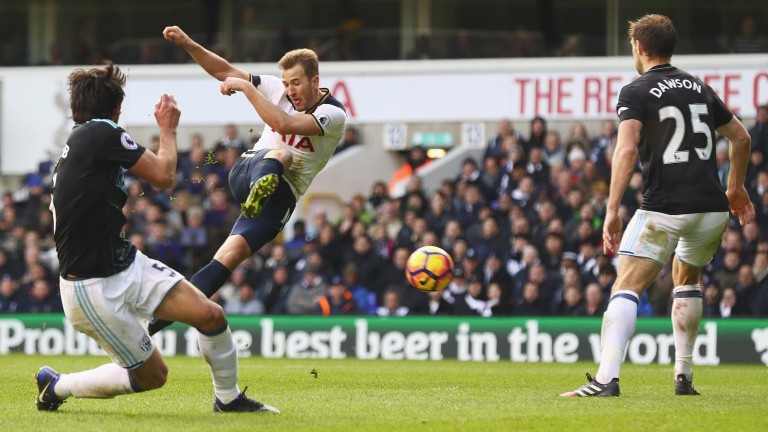 Liverpool have the worst defensive record of the Premier League's top six this season and it's that ropey Reds rearguard which could once again punish Jurgen Klopp's side when Tottenham visit Anfield.

Liverpool have been breached 30 times this term - that's three more goals shipped than relegation-threatened Middlesbrough - and helps to explain why their title bid has turned into a difficult scrap just to qualify for the Champions League spots.

The pressure has been cranked up following last week's 2-0 loss at Hull which came quickly on the heels of exits in both cup competitions. Klopp desperately needs a result against a second-placed Spurs side who trail Chelsea by nine points.

From an attacking point of view Liverpool have the tools to hurt any opponents but with doubts over Dejan Lovren a much safer bet is to take both teams to score.

With a fully-fit side, Liverpool would be the choice to take maximum points with no visiting team having won at Anfield in the Premier League this season, but there is a valid reason for the drift in the home club's price.

Klopp revealed Lovren and his probable replacement Ragnar Klavan are both doubts having missed training this week, raising the prospect of Lucas once again being used as a makeshift centre-back.

Liverpool's best performance in several weeks came in the 1-1 draw with Chelsea at the end of January when Sadio Mane was the only player missing from Klopp's preferred starting 11.

However, whenever the team has been moved around they lose balance and six of Liverpool's seven losses this season in all competitions have been dished out when either Joel Matip or centre-back partner Lovren was missing.

The exception was the EFL Cup semi-final second-leg loss to Southampton when the unique circumstances of Liverpool throwing everyone forward in the final minute to chase an aggregate leveller resulted in Shane Long bagging on a breakaway.

This year has seen Liverpool concede three times to Swansea and twice to Sunderland and Hull so a clean sheet is unlikely against the class of Harry Kane and Dele Alli.

Tottenham, though, are also weakened as the league's best defence must do without Jan Vertonghen and Danny Rose, which is a massive headache for boss Mauricio Pochettino.

Spurs are also not playing quite as well as nine wins and two draws from the last 11 matches would suggest. The only clean sheet in their last nine away games came at Sunderland.

The Black Cats don't have much firepower outside of Jermain Defoe but nobody can beat Liverpool's 52 Premier League goals this term.

Manchester United and West Ham are the only sides to have left Anfield with Premier League shutouts since the start of last season and the front three of Mane, Philippe Coutinho and Roberto Firmino may yet get the defence out of trouble.

Team news
Liverpool
Dejan Lovren, Adam Lallana and Ragnar Klavan are doubtful. Jurgen Klopp has said he is yet to decide who will start in goal but press reports have tipped Loris Karius for a return.