Hosts Russia could be outclassed 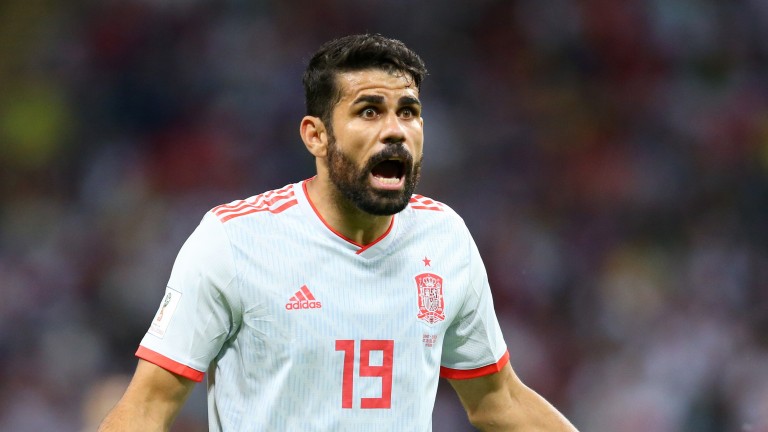 Talk of Russia being the worst ever World Cup hosts has proved to be wide of the mark but their participation in the tournament is likely to end against Spain in Moscow.

Two serious pre-tournament concerns have proved unfounded as the group stages passed off with no reports of racism from the stands and there has been little in the way of trouble between supporters, while on the pitch Russia eased through to the knockout stages despite concerns they would be a national disgrace.

However, the fun stopped somewhat in Monday's 3-0 defeat to Uruguay and Spain are several levels up from Russia's earlier group victims Saudi Arabia and Egypt.

Pride has already been restored thanks to those successes but further progression looks extremely tough for the hosts even if they are capable of playing their part in a potentially high-scoring contest.

Spain landed on the plum side of the knockout draw after winning Group B, although it was far from straightforward and the biggest concern for their outright backers is the downward path of their performance levels in three matches under rookie boss Fernando Hierro.

La Roja were excellent in their opening 3-3 draw with Portugal but they struggled past a determined Iran 1-0 before Monday's last-gasp 2-2 draw against Morocco when their dodgy defence became an issue.

Individual errors from David de Gea, Sergio Ramos and Andres Iniesta have been punished but even in general play Spain have looked vulnerable to counter-attacks, which is most unlike them as their technical midfielders are usually able to control matches.

That gives Russia hope, yet it is worth pointing out that Spain's expected goals figure for the Morocco match was just under three, so they are creating plenty of chances through the magic boots of Isco.

Diego Costa has three tournament goals and will be aiming to bully a Russia defence who were barely tested in their opening two matches before going missing in the 3-0 loss to Uruguay.

Reserve right-back Igor Smolnikov was sent off in the first half but Russia were already 2-0 down at that stage as they continued their struggles against top nations.

This season Russia have played Argentina (lost 1-0), Brazil (lost 3-0), France (3-0) and Uruguay (lost 3-0) as well as conceding three in a November ding-dong draw with Spain in St Petersburg.

Stanislav Cherchesov has tried a back three but is now settled on a defensive four. However, two clean sheets in 18 matches since the start of 2017 shows where Russia should lose this game.

Those shutouts came against New Zealand and Saudi Arabia and it is going to take a huge effort from a talented midfield led by Aleksandr Golovin to take the game to Spain.

Robust target-man striker Artem Dzyuba could be an awkward threat from crosses into the box supplied by left winger Denis Cheryshev or attack-minded right-back Mario Fernandes, but any goals they score are most likely to be a farewell gift as they exit the competition.

Spain
Team news
Koke is expected to replace Thiago Alcantara, while the Spanish media are suggesting that Marco Asensio and Iago Aspas are jostling with David Silva for the final place in an otherwise unchanged side.

Strengths
Spain's midfield remains one of the best in the competition and no team completed more passes in the group stages than their tally of 2,089 with Isco appearing to be their most creative force.

Weaknesses
This sounded unlikely before the tournament but defensively Spain have not yet turned up in this World Cup and the pressure is on goalkeeper David de Gea with many fans wanting him dropped.

Key man
David Silva and Andres Iniesta have sparkled only for brief moments in Russia so it has been down to Isco to become the leader of La Roja's star-studded midfield.

Strengths
Home advantage could be key at the Luzhniki Stadium. They scored eight goals in the opening two matches so the forward players should at least be feeling confident even if the opposition was weak.

Weaknesses
Their defence has been a disaster for years and centre-back Sergei Ignashevich turns 39 one day before the World Cup final. Left-back Yuri Zhirkov, 35 in August, is another to have seen better days.

Key man
No player was credited with more assists in the group stage than Aleksandr Golovin's two and he also scored a free kick. The impressive midfielder is being linked with Juventus and Chelsea.

Weather
There is a chance of showers in Moscow. 25C.