Defending champion Murray out in the cold 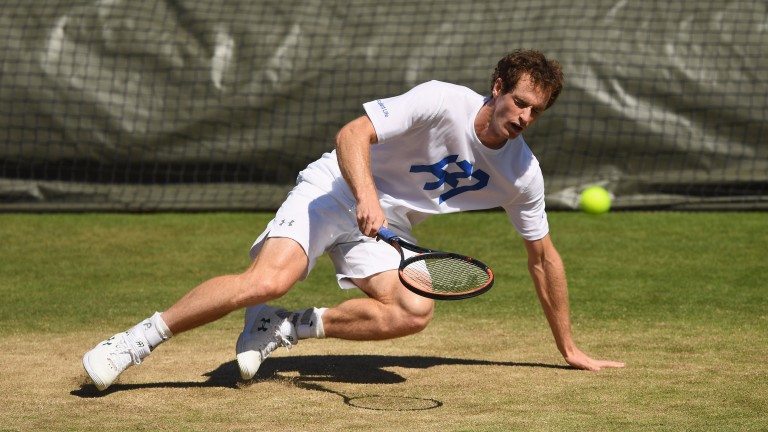 Punters' confidence in Andy Murray is slipping away
Shaun Botterill
1 of 1
By Adrian Humphries 7:57PM, JUL 2 2017

A fortnight ago, and even as recently as 11 days ago with some bookmakers, Andy Murray and Roger Federer were 11-4 joint-favourites for Wimbledon.

But after an early defeat at the Queen's Club Murray was troubled by a sore hip and was unable to play any exhibition matches. Meanwhile, there were title triumphs for Federer and Novak Djokovic while French Open hero Rafael Nadal was attracting steady support from punters. And the upshot is that All England Club defending champion Murray is out to fourth favourite to win his third grass-court championship on the eve of the London Grand Slam, which starts today.

Bookmakers, probably guarding against too many each-way punters, declined to push Murray out any further than 6-1. But the world number one, who was just 11-8 for Wimbledon at the start of the year, had drifted to a staggering 15-2 on Betfair's exchange yesterday.

Ladbrokes make the Scot, the winner of only one title this year, 4-1 to be knocked out in the first week, although unless lucky-loser Alex Bublik, his lunchtime Centre Court opponent today, or Jiri Vesely suddenly buck up their games it's difficult to see the Scot failing to make the second Monday, fourth-round day, at least.

When it seemed things could hardly get more negative, Murray announced that he and his family are expecting their second child. Perhaps that will give the brilliant Brit the boost he needs.

Djokovic, who has been under something of a long-term cloud himself, was the man for the money yesterday in the wake of his Eastbourne triumph and he shares 5-1 second-favouritism with Nadal. Market leader Federer is a solid 9-4 shot for an eighth Wimbledon triumph.

Murray is 1-20 to open with a victory over Bublik and 4-11 to see off the Russia-born Kazakh in straight sets, but given that the 20-year-old is one of the brighter young stars in tennis it would not be a surprise to see the 2-1 that the outsider wins at least a set prove popular.