Gonzalo Higuain's European odyssey has been littered with goals 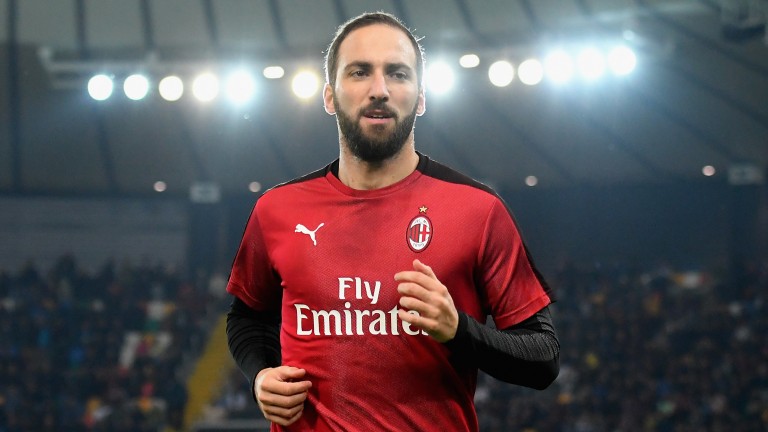 Gonzalo Higuain has taken Serie A by storm at Napoli, Juventus and Milan
Alessandro Sabattini
1 of 1
By Liam Flin 6:42PM, JAN 25 2019

Observing Gonzalo Higuain on the pitch after he has delivered a sub-par performance would make you think he’s the kind of player to go into his shell at difficult times.

But, contrary to his consistent sulks and strops, the 31-year-old Argentinian marksman’s career statistics suggest he is among the most mentally tough players in the game.

After notching 13 goals in 31 appearances in the league for his boyhood club River Plate, Higuain's Real Madrid tenure got off to a stuttering start, with critics quick to question his lack of goals.

By the 2008-09 season he was up and running, though, and any player who survives seven seasons in Los Blancos' first team has to be considered among Europe's elite.

Goals flowed at Napoli and Juventus

Despite falling down the pecking order courtesy of Cristiano Ronaldo and Karim Benzema, Higuain went on to enjoy fruitful spells in Serie A with Napoli and Juventus, where he achieved back-to-back domestic doubles.

A career highlight was the scintillating 2015-16 campaign, in which he equalled Gino Rossetti's record of 36 goals in an Italian top-flight season, which was set in 1928-29.

There have been plenty of lows, from his miss in the 2014 World Cup final to falling out of favour at Real Madrid and Juventus, but Higuain has consistently bounced back.

For that reason, he has to remain one of the most admired strikers across the continent.