Expect Jose Mourinho's side to rediscover their goalscoring touch in Zagreb 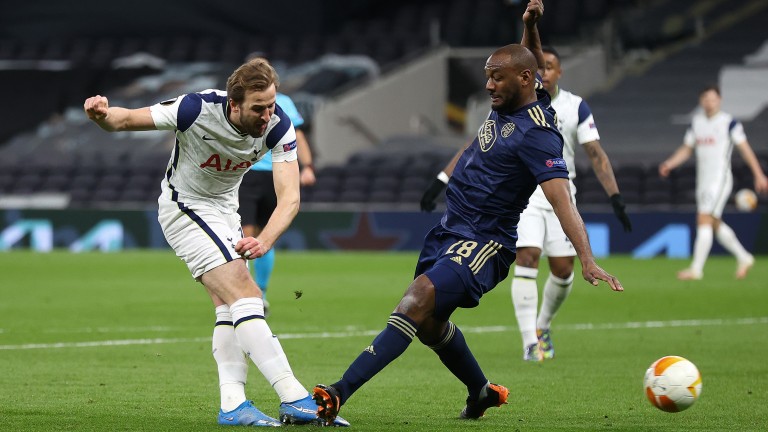 Tottenham to score in both halves
1pt 2-1 bet365, BoyleSports

Tottenham had been in excellent goalscoring form before a strangely subdued performance in Sunday's 2-1 derby defeat to Arsenal and their forwards should prove too sharp for Dinamo Zagreb.

Spurs won the first leg 2-0 thanks to two goals from Harry Kane, who almost pinched a point at the Emirates when he hit the post with a free-kick late on.

Before the Arsenal defeat, Tottenham had won five in a row in all competitions, putting four goals past Burnley and Crystal Palace in the Premier League and thumping Wolfsberger 8-1 on aggregate in the Europa League last 32.

Despite the injury to Heung-Min Son, Spurs should create chances against a Dinamo side rocked by this week's resignation of coach Zoran Mamic after he received a prison sentence for fraud.

Tottenham have scored in both halves in eight of their ten Europa League games this season and they are a tempting 2-1 to extend that trend in Zagreb.