Dinamo Zagreb can get better of struggling Fenerbahce 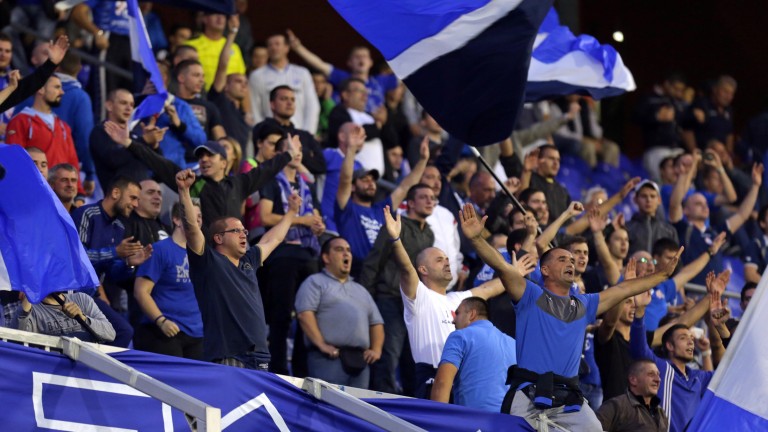 Dinamo Zagreb fans could have something to cheer
EuroFootball
1 of 1
By Steve Davies 8:40PM, SEP 20 2018

Nenad Bjelica, Dinamo Zagreb’s fourth coach in the past 15 months, has revived fortunes at the Maksimir to the extent that the Croat aces look well worth a bet at home to Fenerbahce in Group D.

Dinamo and Fenerbahce each arrived in the Europa League after being ousted from the Champions League.

Bjelica’s lads were pipped by Young Boys in the playoff round, a round after Fener were ejected by Benfica.

These clubs are in very different form. Under Bjelica, Dinamo have lost just one of their last 15 and won the Croatian Cup. Fenerbahce, in contrast, have lost three of their last four in the Super Lig and will have their eyes on Monday’s showdown with Besiktas.

MOL Vidi, or Videoton as they once were, are in good form domestically and in Europe and must have a great chance of seeing off suspect travellers Bate Borisov in Group L.

Vidi beat Malmo and Ludogorets in this season’s Champions League before getting eased out by AEK in the final qualifying round. Marko Nikolic is a top coach and their front two of ex-Feyenoord hitman Danko Lazovic and Marko Scepovic represent a potent duo.