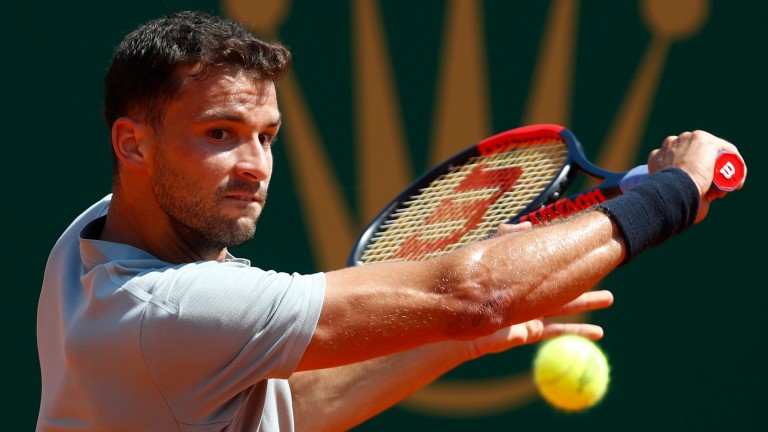 Barcelona Open
Once again Rafael Nadal heads to Barcelona as the hot favourite - he has won this tournament ten times in the last 13 years.

The Spaniard’s superiority in Monte Carlo last week was frightening. He didn’t drop a set in any of his matches and was completely unthreatened throughout the competition.

Despite the fact that players often find it difficult to win two titles on the bounce there is no temptation to take on Nadal as his clay-court ability is head and shoulders above his rivals.

That said, there are players in the other half of the draw who should be backed each-way.

The one who appeals most is Grigor Dimitrov. He performed well on clay in Monte Carlo last week and his draw looks good up to a potential semi-final clash with Dominic Thiem.

It would be no surprise to see Dimitrov go a long way into the tournament as his striking of the ball is a lot better than it was on hard courts earlier in the season.

Hungarian Open
It says a lot about the quality of the field in this week's other ATP tournament that Lucas Pouille and Damir Dzumhur are the top two seeds and there are plenty of players who have a chance of winning.

Richard Gasquet could go well but he had a tough week in Monte Carlo, so consider big hitter Jan-Lennard Struff.

The German couldn’t handle Alexander Zverev last week but there’s no-one as good as that in Hungary and he has a favourable draw.

WTA Porsche Grand Prix
Most of the big names are turning up for this week's more prestigious WTA event in Stuttgart, with Simona Halep, Garbine Muguruza and Elina Svitolina all hoping for a good run.

Much of the attention will focus on Maria Sharapova, who has received a wild-card spot, but she will need to be in tip-top shape to have any chance in a strong field.

Two that could be worth backing at big prices are Kiki Bertens and Julia Georges. Both had good runs recently in Charleston and they’ve had a more practice on clay.

WTA Istanbul Cup
Caroline Wozniacki is understandably clear favourite in an Istanbul field that is much shorter on quality, but she could be vulnerable in the latter stages.

In the other half of the draw, Aryna Sabalenka is the one to be with.

She did well in Switzerland this month, reaching the final in Lugano, and she’s been given a kind run of matches to enable her to get into a good rhythm.