Chance for bolton to move out of bottom three 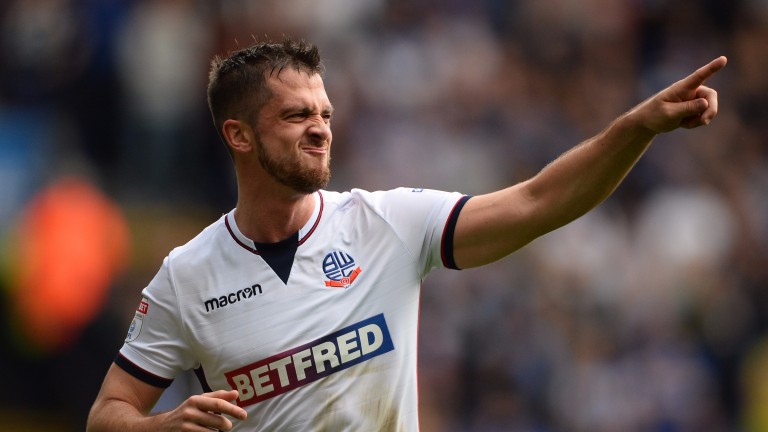 Preston's physio remains one of the busiest men in football and until the treatment table clears it is difficult to place too much trust in North End getting back on the winning trail.

Alex Neil's men started the season in excellent fashion but they have won only one of their last eight Sky Bet Championship matches, and that victory came at Hull on September 26.

Preston have picked up two points from the last 18 available and conceded at least twice in all of those six fixtures which makes Neil's side vulnerable odds-on favourites for the visit of Bolton to Deepdale.

A 3-0 defeat at Ipswich last time out highlighted the injury hell facing Neil, who then had his misery compounded as top goalscorer Jordan Hugill picked up a suspension due to an accumulation of yellow cards.

Hugill has scored five league goals this season and his ideal replacement - four-goal Sean Maguire - is also sidelined which means either Stephy Mavididi or Callum Robinson could be asked to play centrally despite usually being used wide by Preston.

However, unbelievably that is not even the area of the side which is giving Neil most headaches as Preston are decimated defensively.

Tom Clarke, Greg Cunningham and Tommy Spurr are definitely ruled out, while Ben Davies, Josh Earl and Calum Woods are unlikely to be ready despite the boost of the international break.

Bolton are not a team you can place a huge amount of confidence in but they look in better now compared to the side who lost eight on the spin earlier in the campaign.

Phil Parkinson's men have found a cutting edge to go five unbeaten thanks to wins over Sheffield Wednesday and Norwich as well as draws against QPR, Fulham and Sunderland.

Parkinson had key men absent earlier in the season so he will know how Neil is feeling even if there is no room for sentiment, particularly in a local derby live on TV, and the front four of Adam Armstrong, Gary Madine, Josh Vela and Sammy Ameobi carry a goal threat against weakened opponents.

Armstrong scores his first league goal of the season against Norwich, which can only help with his confidence, and it's the same for the whole team, who are no longer bottom of the Championship.

There are still issues to resolve off the pitch and Wanderers are winless on their Championship travels this term with three of their five away goals coming at Sunderland.

However, given Preston's problems this looks a decent opportunity for Bolton to move a step closer to jumping out of the bottom three.

Key stat
Preston have conceded 15 goals in their last 16 matches.