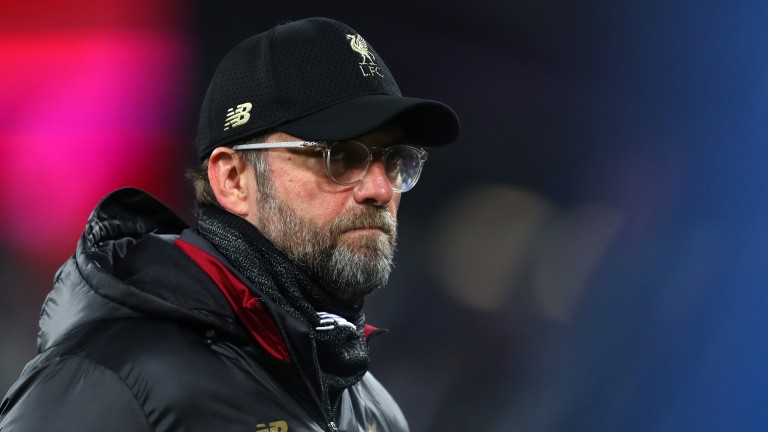 Give us your best bet for the weekend

I fancy Derby to spring some sort of an FA Cup shock at Brighton. Derby look decent and Frank Lampard seems to fancy a giant killing. They’ve already toppled Manchester United and Southampton in cups this season and I remember them giving Chelsea a good working over. The FA Cup won’t be high on Chris Hughton’s list of priorities.

Wolves are worth taking on at a short price at Bristol City. You can’t argue with what Wolves are producing in the Premier League – to be the best side minus the big six at your first attempt is quite something. And it means they can give the FA Cup a real go. But Bristol City are on the hottest of winning streaks, and Wolves look a bit short.

Where’s the value at Stamford Bridge on Monday?

Manchester United, without a doubt. They are a great price. You’ve got to ignore their defeat by Paris Saint Germain – it was a result which told us more about PSG than United. Chelsea aren’t in that class and Ole Gunnar Solskjaer’s men can return to winning ways at the Bridge. This is the type of game we’ll see how much United have improved.

He’s exactly the type of player England are looking for – a holding midfielder who can tackle, win his headers and pick a pass. There is no reason why he shouldn’t become a big player in Gareth Southgate’s set-up. Rice’s decision to choose England is a coup for Southgate and can only add to the buzz about the England team at the moment.

What caught your eye in this week’s Champions League?

PSG – by a million miles. To go to Old Trafford without Neymar and Edinson Cavani and produce that kind of performance (never mind the result) was outstanding. To not just see off United but to offer up virtually nothing – incredible. I’d go so far as to say that they are the one team you’d want to avoid in the quarter-finals.

Liverpool look a lay against Bayern Munich. Liverpool’s front three get so many plaudits but the key man in this side is Virgil van Dijk – take him out of the picture and Bayern will be delighted. They know they can hurt Liverpool and they also know they possess enough European street craft to be able to do what’s required to take a positive result back to Germany.