Dhawan is the man to rack up the runs 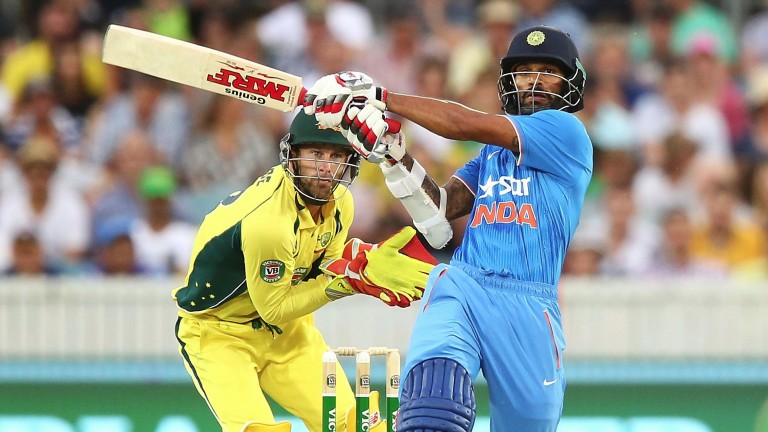 Few roles in sport come with as much responsibility as that of India's cricket captain but Virat Kohli seems to relish the pressure and bookmakers expect him to top the Champions Trophy runscoring charts.

However, a couple of Kohli's less feted teammates could provide better value in the individual markets and opener Shikhar Dhawan looks overpriced to finish as top runscorer, as he did in this tournament four years ago.

The same three venues - Cardiff, Edgbaston and The Oval - host this year's matches and Dhawan has fond memories of those grounds after scores of 114, 102 not out, 48, 68 and 31 propelled India to the title in 2013.

Dhawan made an unbeaten 97 at Edgbaston the following year and scored two centuries in eight games at the 2015 World Cup.

Things haven't gone entirely smoothly since then but an injury to KL Rahul gives Dhawan another opportunity at the top of the order and he looked in good nick during the recent IPL, finishing as the third-most prolific batsman with 479 runs.

Shami is over his injury problems and his accuracy and bounce caused problems for New Zealand in last week's warm-up game at The Oval, where his three wickets included the big scalps of Martin Guptill and Kane Williamson.

Liam Plunkett played his first ODI in 2005 but the Yorkshire paceman has impressed in England's bright new one-day side and is worth a small each-way punt to be top wicket-taker.

Plunkett was rested for the final one-dayer against South Africa - an indication of his importance to the hosts - and he should be full of confidence after picking up 20 wickets in nine ODIs this year.

The 66-1 about the former Durham man disappeared on Monday but he still merits a bet with England expecting to play the maximum five games in the tournament.

Sri Lanka's expectations are more modest and middle-order man Asela Gunaratne may find himself having to dig his side out of trouble if they lose early wickets, as is often the case.

The 31-year-old is a relative newcomer to international cricket but he looks at home at this level, making an unbeaten 114 in an ODI against South Africa as well as Twenty20 innings of 84 not out and 52 against Australia in February.

He hit 70 not out off 56 balls against the Aussies in a warm-up clash at The Oval and looks too big at 9-1 to be the leading runscorer for the limited Lankans.