Detry may be the next Belgian to make waves 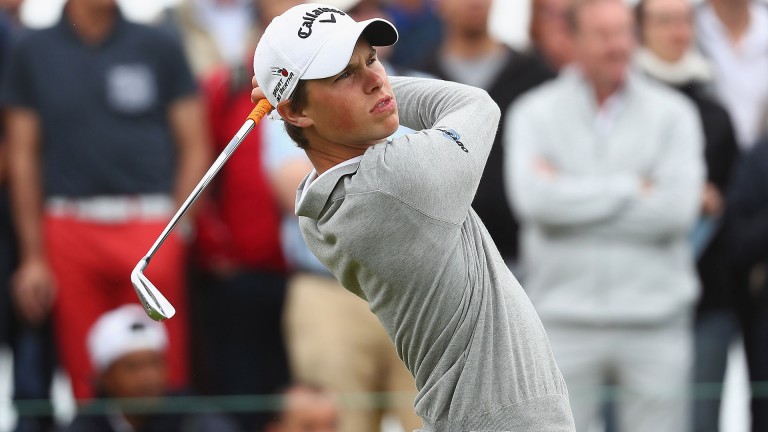 Thomas Detry
Belgian golf has never been in a better place, with Thomas Pieters emerging as one of the finest players in the world and Nicolas Colsaerts still showing glimpses of the talent which made him a Ryder Cup star. There is a third man set to make waves from this burgeoning golfing nation.

Thomas Detry seems to be a 23-year-old clone of his good friend Pieters. They both attended the University of Illinois and are tall, powerful operators possessing a stylish swing. After an excellent amateur career, Detry won on the Challenge Tour last year (Bridgestone Challenge) and has earned a spot on the European Tour for the 2017 season.

Detry quickly showed he belongs in the higher grade with third place in the Alfred Dunhill Championship earlier this month and he seems the Challenge Tour graduate with the best chance of making a significant impression on the European Tour next year.

Romain Langasque
Another rising star who has just been promoted to the European Tour is Romain Langasque, who tied for second place when teaming up with Victor Dubuisson for France in last month's World Cup of Golf in Australia.

Langasque, who is just 21, won the Amateur Championship in 2015 before finishing 65th in the Open. His final act as an amateur was a magnificent final-round 68 in the Masters at Augusta, which elevated him to 39th spot.

This lad could easily be the best player France has ever produced – he was a consistent title contender on the Challenge Tour last term – and a maiden victory on the European Tour next year would come as no surprise.

Renato Paratore
Lack of course experience is the handicap that Detry and Langasque will need to overcome in 2017, but Italian starlet Renato Paratore has been shown the ropes and could be the first to register a European Tour victory.

Paratore, who turned 20 last week, earned a European Tour card through Q-School at the age of 17. With two full seasons under his belt, this aggressive powerhouse knows the venues well enough to be a serious dangerman whenever he tees up.

Paratore has produced short bursts of brilliance this year, twice finishing in seventh place, and it seems only a matter of time before the maturing prodigy delivers a competitive 72-hole total for a European Tour breakthrough.