Desert rat An set to bolster his superb Gulf record 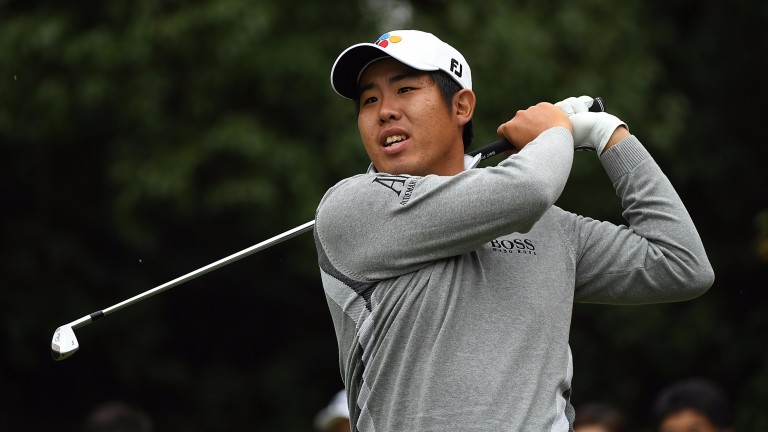 Palmer's top tip
Byeong Hun An 30-1
Rory McIlroy's plan of attack this year for the Masters – the tournament he wants to win above all others – was to play more competitive golf in the months leading up to the event. The four-times Major champion will be tearing his hair out over his latest injury setback, which has forced him to miss the Abu Dhabi Championship.

McIlroy suffered a rib stress fracture during last week's SA Open and will need approximately six weeks on the sidelines. Rib issues can take a notoriously long time to heal and it is possible that McIlroy's next event may be the WGC-Mexico Championship in the first week of March.

Dustin Johnson has taken over from McIlroy as Abu Dhabi favourite, but the American raider is an unappealing option. This is Johnson's debut in the Gulf.

The European Tour first came to the Middle East in 1989 and there have been at least three Desert Swing events on the schedule since 2006. From 2009, a second Dubai stop was added (Tour Championship), so the regulars have a wealth of experience in these conditions to draw upon.

Preference at a much bigger price is for a proven desert rat who has thrived in this region over the last four years. Byeong Hun An has played 11 times in the Gulf (four times on the Challenge Tour, seven times on the European Tour) and his form-figures are 6-14-5-4-12-5-13-4-5-4-13.

Only once has An failed to shoot an under-par round at Abu Dhabi, and that was from the final group out in round two in 2015, when he suffered in the infamous shamal afternoon wind.

An, bursting with both power and control, honed his game in Florida with coach David Leadbetter over Christmas and the 2015 BMW PGA Championship winner should be trusted for a fast start. He will be playing virtually full-time in the States, having secured a US Tour card, but that should not stop the determined and ever-focused Korean bringing his best stuff to the Gulf this week.

Many players are still testing new clubs and balls at this stage of the season, making them vulnerable. Justin Thomas has shown in Hawaii over the last fortnight what is possible with a settled bag.

Fitzpatrick is teeing up in Abu Dhabi with exactly the same weapons he used when winning the DP World Tour Championship in grand style at the end of November. Back-to-back Gulf glory is entirely feasible.

The Sheffield lad has added length to his armoury, meaning a 7,583-yard layout like Abu Dhabi holds no fears for him. The Dubai layout he tamed last time out is 7,675 yards long. Fitzy returned to Dubai last Thursday to start preparation for Abu Dhabi.

Other selections
Thorbjorn Olesen 66-1
Ricardo Gouveia 175-1
Tom Lewis 250-1
Renato Paratore 300-1
There is some excellent each-way value to be had this week. Coral and Power are offering terms of a fifth the first seven for a field of just 126.

Thorbjorn Olesen relishes the Desert Swing. Injuries ruined this section of the tour for him in 2015, but the great Dane has contended in all three events. He has a second place and an eighth to his name in Abu Dhabi, a second and a third in Qatar, and a third, fifth and eighth in the Desert Classic.

Olesen found his A-game at the end of last year, winning the Turkish Airlines Open by three shots before partnering Soren Kjeldsen to victory for Denmark in the World Cup.

Olesen, buoyed by the appointment of compatriot Thomas Bjorn as European Ryder Cup captain, arrived earlier than most in the Gulf (eight days ago) to prepare thoroughly for Abu Dhabi.

Ricardo Gouveia is an improving Portuguese youngster starting his second season on the European Tour. He ended 2016 well, following 13th place in Turkey with third spot in the Nedbank Challenge, and opened the new year by winning the Tile Mountain Classic on the Algarve Pro Tour.

Gouveia, seventh in the Qatar Masters last year, jetted to Dubai for practice after his Algarve success and looks ready to hit the ground running. One of his three Challenge Tour victories – the Grand Final in Oman – was in the Gulf.

Tom Lewis, an underachiever who could realise his potential at any moment, stabilised his career by finishing 11th in Q-School in the middle of November. The Englishman can take inspiration from compatriot Graeme Storm, who beat McIlroy in a playoff for the SA Open on Sunday just weeks after a Tour-card battle of his own.

Lewis knows he can score well at Abu Dhabi GC – he lost by a shot there in the 2009 Abu Dhabi Junior Championship – and confidence must have increased after three solid performances. He followed up Q-School with tenth place in the Australian PGA, then 18th in the SA Open after a superb nine-under-par weekend.

Renato Paratore is also worth a wager at massive odds. The Italian turned 20 last month with bags of potential. He flourished in the second half of last season, appearing to settle on the circuit, and he has been a top-30 finisher in his last four Gulf events.

Others to note
Thomas Pieters
The Ryder Cup star is a tempting option, having finished fourth and second the last two years. He was moaning about fatigue at the end of last term though, was still on a ski trip the week before last, and has a new driver in the bag.

Peter Uihlein
The American has impressed in Hong Kong and South Africa in his last two outings, returning to form after injury. Looks another decent each-way option at a big price on a course which suits.

Bernd Wiesberger
The Austrian giant has become a regular Gulf contender and must be given plenty of respect. Obvious dangerman but putting remains a weakness.

Martin Kaymer
The German ace blew a ten-shot lead on the final day of this event in 2015, squandering hopes of a fourth Abu Dhabi title. Course-proven but confidence dented by miserable Ryder Cup.

Henrik Stenson
Abu Dhabi is the only one of the four Gulf tournaments the Swede has failed to win. Open champion making seasonal reappearance after epic 2016.

Rickie Fowler
The defending champion makes his first start of the year. Rode his luck in round four to fall over the line in front 12 months ago.

Course overview Abu Dhabi is a long, desert layout, which has traditionally been a birdie-fest, the European Tour's bombers firing at wide fairways with gay abandon since the event became part of the schedule in 2006.

Prior to the 2012 renewal, winning scores of 21, 21 and 24 under par were registered. The tournament organisers, though, added bunkers, tightened fairways, pushed back a couple of tees and lengthened the rough, providing a tougher challenge.

The course is flat and exposed, with water in play on nine holes, so any wind significantly adds to the difficulty. The greens are large. Some new bunkers have been added this year, while there is a new tee on the 18th which is further left and more elevated than previously

Type of player suited to challenge Big-hitters have dominated this tournament in the past – Martin Kaymer and Paul Casey have won five of the ten renewals by employing their power to devastating effect – and exposed desert layouts lend themselves to aggressive golf.

The course is tighter than it used to be, but remains vulnerable in fine weather, which is expected in spades this week