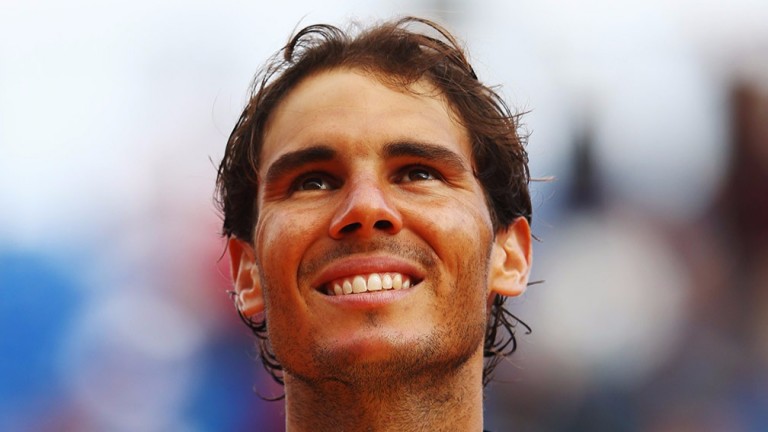 Rafael Nadal has started the season in the best possible fashion
Getty Images
1 of 1
By Adrian Humphries 8:18PM, DEC 31 2016

ATP Brisbane International
Rafael Nadal made a positive start to the season with victory in Abu Dhabi on Saturday and it may be worth taking a chance that the Spaniard picks up in Brisbane where he left off in the United Arab Emirates.

With Nadal it’s all about needing to win plenty of matches and while that didn’t happen last year, things could work out better for him this season.

It’s an open heat in Brisbane with many of the luminaries having oppor­tunities. Nadal will have to toil from the off against Alexandr Dolgopolov, but if he survives that outing and franks the form of his Mubadala World Champion­ship semi-final victory over Milos Raonic, then the rest may have to look out.

Outsiders Kyle Edmund and Jordan Thompson could go well, but Thompson is due to try to qualify for Sydney later this week.

WTA Brisbane International
Angelique Kerber starts her first season at the top of the pile and there is good reason to believe the German could be difficult to knock off her perch.

She possesses plenty of self-belief and her game is getting stronger all the time.

Garbine Muguruza and Karolina Pliskova are two rivals who could trouble Kerber more than most, but the top seed is now a more reliable betting propo­sition than Pliskova and maybe even Muguruza.

Not that Kerber, who has a first-round bye, has things easy on the Gold Coast. Aussie wild-card Ashleigh Barty posted some decent displays last season and could be a threat, while Elina Svitolina or Eugenie Bouchard may prove tough in the last eight.

But at 3-1 the chance can be taken on Kerber, who could face harder tasks in the coming weeks.

WTA Shenzhen Open
Defending champion and top seed Agnieszka Radwanska is likely to be tough to topple in Shenzhen this week but one player who could depose the trophy-holder is Johanna Konta.

The world number ten is going the right way and will have been buoyed by the attention that the sport of tennis has been getting in Britain thanks to Andy Murray.

Konta is the chief British hope on the WTA Tour these days and considering the draw she has been handed in south-east China, she has a decent chance of setting out her stall for the coming campaign this week.

Unless Kristyna Pliskova, who is making progress, has made huge strides in the off-season, there looks nobody to stop Konta making the semis and even second seed Simona Halep, who the selection beat in Wuhan in 2015, may not be safe.

WTA Auckland Classic
Serena Williams, who recently announced her engagement to Reddit joint-founder Alexis Ohanian, joins elder sister Venus Williams in New Zealand’s premier tourna­ment and while world number two Serena has clearly been busy in life of late, that may not prevent her from making a fine start to the season.

Serena is in the easier half of the draw in Auckland, having avoided Venus, good pal Caroline Wozniacki, Anastasia Pavlyu­chenkova, Ana Konjuh and Naomi Osaka and her toughest match before the final could come against Barbora Strycova or Lucie Safarova.

But the market leader will be still be a short price to account for either Czech should she play one and 8-11 looks a perfectly acceptable price about the best female player in the sport’s history.