Depleted Hull could still have enough to trouble Tigers 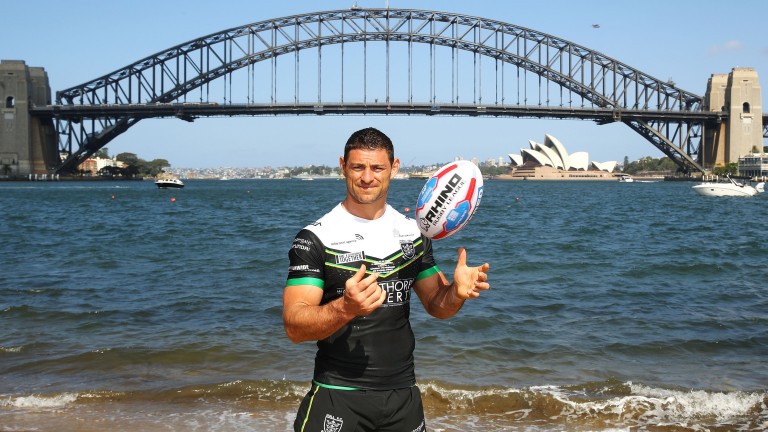 Mark Minichiello and his Hull teammates returned from Australia just days ago
Mark Kolbe
1 of 1
By Rod Studd UPDATED 10:21AM, FEB 24 2018

A year can be a very long time in the Betfred Super League. Just ask Castleford Tigers.

Twelve months ago, Daryl Powell’s side had started the season in swashbuckling style and were a few days away from inflicting a record breaking 66-10 rout on Leeds.

They finished ten points clear at the top of the table but things began to unravel when full back Zak Hardaker was ruled out of the Grand Final after failing a drugs test and Cas lost to the Rhinos at Old Trafford.

Their new campaign started with an abject performance in a 46-6 hiding at St Helens and was followed by an unconvincing 13-12 home win over Widnes.

This week, the Tigers confirmed they had sacked Hardaker and in the circumstances, it would be a brave punter who backs Cas at 2-5 to see off Hull at The Jungle.

Even last year when the Tigers were in top form, the Black & Whites proved tough nuts for Cas to crack.

Lee Radford’s men won both meetings at the KCom Stadium in league and Ladbrokes Challenge Cup and won in the Super 8s at The Jungle when Castleford fielded a weakened team.

And even when the table-toppers were at full strength, they could manage only a 24-22 victory at home.

The worry for those wishing to support the visitors with a handicap start of more than a converted try is two-fold.

Hull arrived back in the UK on Monday after their two-week jaunt to Australia and injury and illness have robbed them of the services of captain Danny Houghton and prop Scott Taylor.

However, the prices for Hull to stay within eight points of their hosts are too tempting to ignore.

Castleford’s problems are nothing compared to those of Catalans Dragons.

The French club are rock-bottom after three straight losses.

Since Steve McNamara took over as coach last June, the Dragons have won just two of their 12 matches against Super League opponents. Both those victories came against Leigh, who were relegated.

Even so, it’s still slightly surprising to see Catalans underdogs at home to Wakefield, who have started with wins over Hull KR and Salford.

With Tony Gigot, Sam Moa and Michael McIlorum all available again, the Dragons can finally give their fervent home fans something to cheer.