Spurs primed to put Watford to the sword 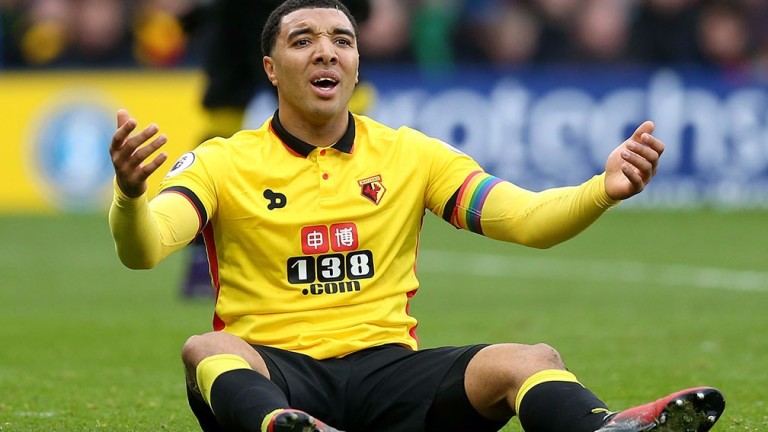 Three successive wins have kept Tottenham within touching distance of the top four and their push for a Champions League place can continue with a victory over injury-ravaged Watford.

Spurs have a crucial four days ahead with their trip to Vicarage Road preceding Wednesday’s showdown at home to Chelsea.

Two victories would raise hopes that Spurs can mount a title challenge but if they fail to win either match, their top-four hopes would be significantly damaged.

Fortunately for Mauricio Pochettino they are taking on Watford at the perfect time.

Spurs won’t quite be at full strength with Erik Lamela still injured and Kyle Walker and Jan Vertonghen serving suspensions, but they are in much better shape than their opponents, who will be without at least eight players.

If Watford boss Walter Mazzarri wants to fill his substitutes’ bench he will have to promote some of their Under-23 players.

But the impact on his first 11 is more damaging because many of the absentees are key players.

And a fully fit Isaac Success and Stefano Okaka – both ruled out for two to three weeks – would have every chance of displacing Troy Deeney and Odion Ighalo, who have been nowhere near as effective as they were last season.

Etienne Capoue caught the eye with his early-season goal glut –four in the first five league games – but the star man for Watford this season has been Nordin Amrabat.

The Moroccan has played at right-back, right wing-back, right wing and up front but has always shown enthusiasm and attacking quality and is the one Watford player who has consistently taken the game to the opposition.

However, even Watford’s greatest strength could be turned against them.

Amrabat’s weakness is his defensive awareness and he will be up against Danny Rose, who is arguably the most effective left-back in the Premier League.

Tottenham may look to Rose even more than usual because of Walker’s absence on the other side of the pitch.

Rose produced a superb assist for Dele Alli’s second goal at Southampton on Wednesday which capped a fine 4-1 victory.

Spurs were helped by Nathan Redmond’s second-half dismissal, but they were leading 2-1 at the time and had wrested control of the game away from a dangerous Saints side.

Alongside their 4-1 victory at Stoke that display ranked as one of the Lilywhites’ best away performances of the season and has raised hopes of a successful campaign.

Spurs don’t have a massive squad and their results can suffer whenever some of their key men are either injured or not performing.

But the opposite was the case at Southampton, where Kane scored with a brilliant header, Alli bagged a brace and Victor Wanyama bossed the midfield.

They look a good side at the moment and are likely to put a severely understrength Watford to the sword.

Tottenham
Toby Alderweireld has recovered from illness but Erik Lamela (hip) is out and Kyle Walker and Jan Vertonghen are suspended.