Parkhead contest could be men against Bhoys 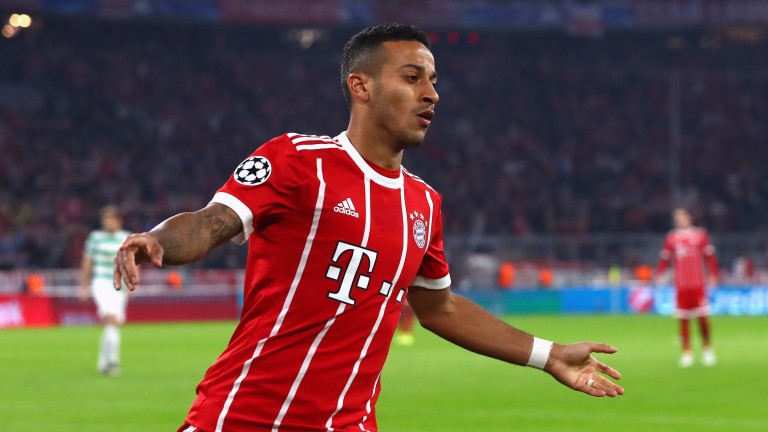 Celtic fans must be doing cartwheels at the news that Robert Lewandowski hasn’t travelled to Glasgow for their Group B encounter with Bayern Munich although the German powerhouses will still take all the beating at Parkhead.

Heynckes also has one eye on Saturday’s Bundesliga showdown with Borussia Dortmund, which may determine whether or not he takes a chance on Kingsley Coman, who hasn’t trained properly for a week because of a knee injury.

Under-19 striker Manuel Wintzheimer has travelled after scoring 15 goals in 11 youth team appearances this season, but it is likely to be a starting 11 where midfielders or wingers are used up front.

All of that ought to boost Celtic’s prospects in a game which they have to win to have any sniff of qualifying from the section.

The fact is, however, that Celtic were so far behind Bayern in their
3-0 defeat at the Allianz Arena two weeks ago that it’s desperately hard to fancy them even with home advantage.

Bayern and the group’s other heavyweight Paris St-Germain are clearly class acts but Brendan Rodgers seems incapable of coming up with anything too different from the plan that works in Scotland, and the outcome is likely to be an away win.

Hoping for a magical moment from Moussa Dembele and relying on the noise of the home fans does seem like clutching at straws. And if Bayern are strong in one area, it’s defence – they’ve conceded only one goal (a penalty) in their last five league and cup games.

Bayern have not been at their free-flowing best this season and in their three matches since beating the Bhoys, they’ve had league wins against Hamburg and Leipzig and a cup success against Leipzig, a trio of games which produced just five goals.

Another low-scoring Bayern win could be on the cards – Celtic have a terrible record against top-ranked European teams and their only group-stage win in their last 12 matches has come against a poor Anderlecht side.

Key stat
Celtic have won only one of their last 12 Champions League group matches.