Everything you need to know for the blockbuster heavyweight boxing rematch 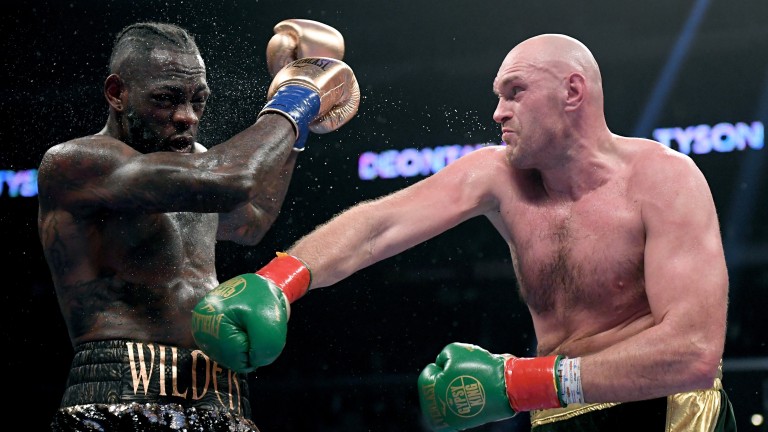 Deontay Wilder's heavyweight boxing rematch with Tyson Fury for the WBC world title has been officially confirmed. Here are the all the details.

The fight has been officially confirmed for Saturday February 22, 2020.

Where is the venue for Deontay Wilder v Tyson Fury 2?

Where can you watch Deontay Wilder v Tyson Fury 2?

Wilder v Fury 2 is expected to be broadcast on BT Sport Box Office in the UK - expect the pay-per-view price to be set at around £20-25.

ESPN+ will screen the fight in the US.

What belt is on the line?

Deontay Wilder's WBC heavyweight title will be up for grabs.

What happened in the first fight?

Wilder and Fury originally faced each other in December 2018 at the Staples Center in Los Angeles. Undefeated Wilder had been a heavy betting favourite as, aside from a couple of fights against low-grade opposition, Fury had been out of the game since beating Wladimir Klitschko three years earlier, and faced drug and alcohol problems and battled depression in the interim.

As a result most of his camp was focused around losing weight and getting him into fighting shape, but the fight proved to be a modern-day classic.

Fury dominated with his jab but Wilder, who had knocked out all 40 of his previous opponents, floored the Gypsy King twice - the second time in the final round - and the fight was controversially scored a draw.

What are the betting odds for Deontay Wilder v Tyson Fury 2?

What is the best bet for Deontay Wilder v Tyson Fury 2?

And, to make it even better, the bookies can hardly separate them - what more could you want?