Experienced Berdych is a big danger 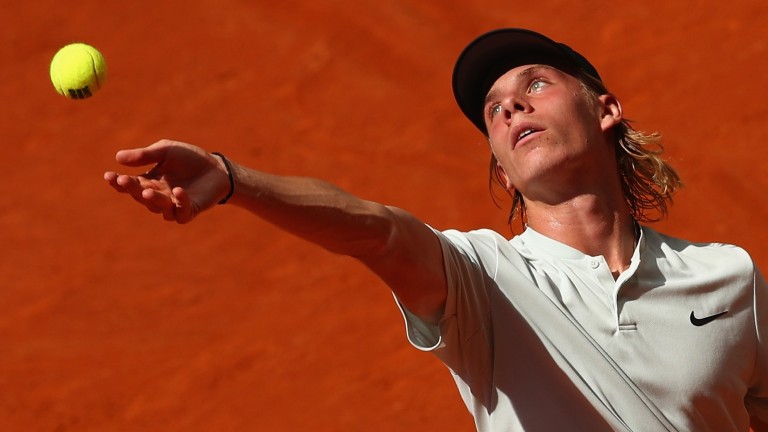 Denis Shapovalov reached the semi-finals in Madrid
Clive Brunskill
1 of 1
By Joe Champion 8:00PM, MAY 14 2018

Denis Shapovalov found Alexander Zverev too strong in last week's Madrid Open semi-final but the quick-learning Canadian tyro is back in action and faces Tomas Berdych in the opening round of the Rome Masters.

Shapovalov was yet to win a clay match at ATP World Tour level before his amazing run in Madrid, although faster conditions in the Spanish capital certainly helped the 19-year-old and his game will be hampered by the slower courts of the Foro Italico.

Berdych has seen early support and the Czech still looks a decent bet to take down the Canadian on a court that is likely to blunt the veteran to a lesser degree than his inexperienced young rival.

He has lost his opening two matches of the European season, but defeats against quality opponents Kei Nishikori and Richard Gasquet are far from disastrous so Berdych, who has made at least the last 16 on each of his last seven trips to the Eternal City, looks to have a great chance to pick up that elusive victory.

In the WTA event (live on BT Sport 2, from 10am), Danielle Collins looks to have a great chance of defeating Sorana Cirstea following an eye-catching qualifying win over home hope Camila Giorgi on Sunday.

Collins is yet to win on the clay in a WTA Tour main draw match but that's no great surprise considering she only made her debut at the top level earlier this year before putting together a remarkable run to make the semi-finals of the Miami Open as a qualifier.

The 24-year-old, a two-time NCAA singles champion in her illustrious college career, enjoyed a fruitful clay campaign at ITF level last season, reaching finals in Charleston and Naples before winning in Bethany Beach.

Cirstea is a dangerous opponent at the top of her game but the Romanian looks vulnerable having won just six matches in 2018.