IPL | Handy Pandey could star for the Sunrisers at Royal Challengers 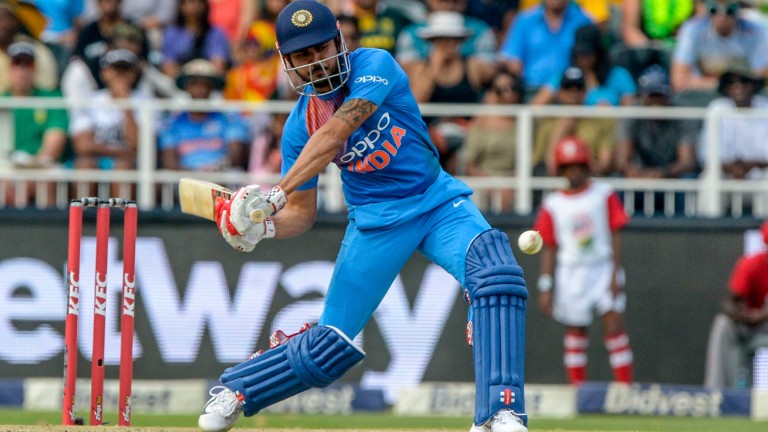 India's Manish Pandey has played some vital innings for Hyderabad recently
Gallo Images
1 of 1
By James Milton 8:02PM, MAY 3 2019

Sunrisers Hyderabad have struggled to match the high standards they set last season but a victory over Royal Challengers Bangalore would effectively guarantee their IPL playoff place.

They must cope without openers Jonny Bairstow and David Warner, who have joined up with their international sides, and only one other player in the Sunrisers' squad has scored an IPL fifty this season.

That is the in-form Manish Pandey, whose last four innings have been 83 not out, 63, 36 and 71 not out. Last time out Pandey hit a last-ball six to get Hyderabad into a Super Over against Mumbai, which they lost, and he looks a big price to top-score in an inconsistent batting line-up.

Delhi Capitals have ended their long wait for an IPL playoff place, sealing a top-four finish with a home win over Bangalore last time out, and their dangerous batting line-up could play with plenty of freedom against Rajasthan Royals.

The Royals can keep alive their slender hope of reaching the playoffs with a victory in Delhi but most of their overseas stars have left to prepare for the World Cup.

Lancashire's Liam Livingstone has hit four sixes in his last two innings for Rajasthan while Sanju Samson is also in fine form and a total maximums line of 11.5 could prove too low.

Delhi and Bangalore hit 16 sixes in the last game at the venue, where ten different players cleared the ropes.