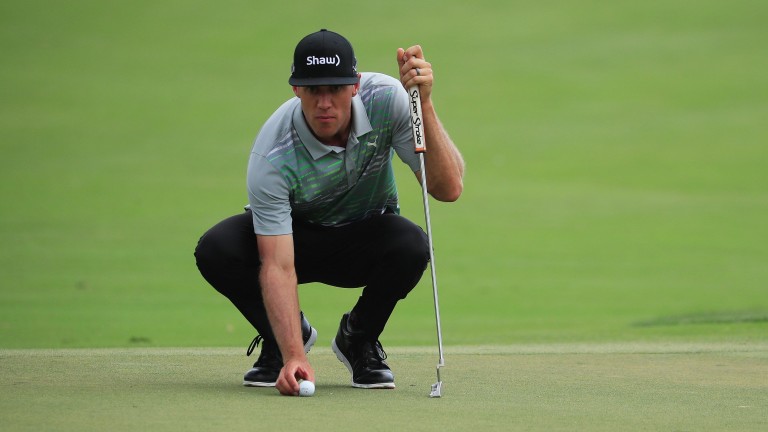 Arguably the most surprising statistic of the US Tour season is that Graham DeLaet is 15th for strokes-gained putting, and the world had better watch out if the Canadian has suddenly found a solution to his dancefloor problems.

DeLaet has been one of the best tee-to-green performers on the US Tour for several years, but one of the worst putters, and this 2017 flat-stick revival is interesting.

It is only March, and time will tell if the maiden has really turned the corner, but DeLaet looks a man to keep onside in this week's Valspar Championship.

The severe long-game challenge of the Valspar venue will not worry DeLaet, and if he can keep holing a few putts, four days on the leaderboard can be expected.

The best way to support golden Graham is probably in the top Canadian market, where he should be backed to defeat Adam Hadwin, Nick Taylor and David Hearn.

DeLaet has been in rock-solid form over this last three tournaments, finishing ninth in the Phoenix Open, 17th in the Genesis Open and tenth in the Honda Classic. His last two Valspar starts have resulted in a share of eighth (2014) and fifth last year, so he is proven at the Copperhead Course.

Sean O'Hair has, like DeLaet, traditionally been a brilliant ball-striker who lets himself down on the greens. The long-game class of O'Hair is always shown to great effect at the Copperhead, where he was champion in the 2008 edition, and he is an attractive match-bet option against Steve Stricker this time.

O'Hair, who was a Valspar playoff loser to Jordan Spieth in 2015, has posted four top-11 finishes already this term.

Stricker lost his appetite for golf and is a part-timer these days. The veteran has competed twice this year, finishing 42nd in the Phoenix Open and 23rd in the Pebble Beach Pro-Am.

Another appealing match-bet option is Bill Haas, who lost a Valspar playoff to Charl Schwartzel 12 months ago. The consistent Haas finished in the top 20 in six tournaments in a row prior to last week's WGC-Mexico Championship.

Haas can be favoured against Patrick Reed, who has played poorly over the last month, finishing 68th in Phoenix, 23rd at Pebble Beach, 59th at Riviera and 61st in Mexico.

Reed has lacked sparkle since his glorious Ryder Cup.