Clash with Cilic may prove pivotal 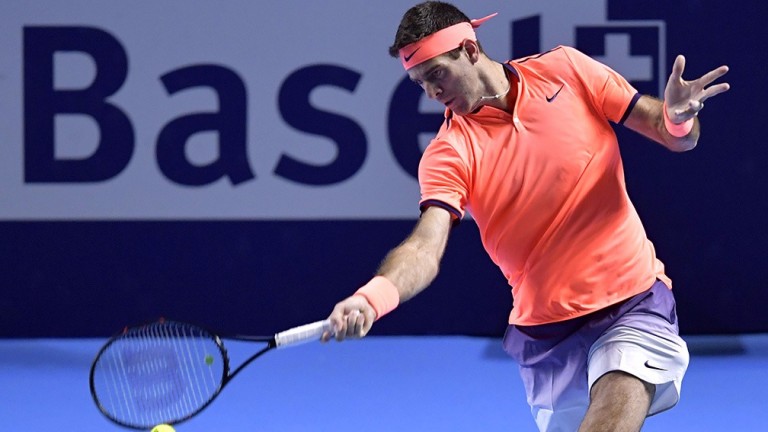 The curtain falls on the tennis year in the best possible style with Croatia hosting Argentina in the Davis Cup final and it should be an absolute belter.

The cup regularly provides tennis punters with some of the best betting opportunities and this year’s denouement at the Arena Zagreb is no different, with Argentina looking a nation to get stuck into, thanks principally to their star man Juan Martin del Potro.

Bookmakers are right to believe that the meeting between Del Potro and Marin Cilic, the hosts’ number one player, could be crucial.

But while Cilic is capable of greatness on his day, Del Potro is even better and given that the Rio Olympics singles silver medallist and his team are outsiders this weekend, punters have a cracking chance to be part of such a special occasion.

Del Potro is a confident selection to win his two singles rubbers, but obviously that will not be enough to see Argentina lift the trophy.

Don’t be afraid, however, to back the away nation to do the business – Federico Delbonis, Guido Pella and Leonardo Mayer are good enough to help Delpo secure the extra point Argentina are likely to require – with the star performer strongly fancied to see off Cilic in a battle of former US Open champions.

Cilic has enjoyed another successful campaign which has seen him end the year at sixth in the ATP rankings, thanks mainly to his Cincinnati Masters and Swiss Indoors triumphs.

He also qualified for the ATP World Tour Finals in London but came up short in a week when he could have done better, notwithstanding the fact that world number one Andy Murray, last year’s Davis Cup hero for Great Britain, was in his round-robin group.

This weekend means a great deal to Croatia, who won their first Davis Cup in 2005 when Ivan Ljubicic and Mario Ancic contested all the rubbers in a 3-2 victory in Slovakia.

But it probably means even more to Argentina, who have lost all four cup finals they have contested, three of those having come since 2006.

Spanish aces Rafael Nadal and David Ferrer had enough to hush Del Potro on clay in Seville in the 2011 final, while Feliciano Lopez upended Delpo on an Argentinian hard court in the 2008 climax.

But a little older and wiser, back Del Potro this time to get it right in Croatia. The early 7-4 has long gone, but Argentina still look the bet to get it right at the fifth time of asking.

It’s a little surprising that Diego Schwartzman is not part of the team. But captain Daniel Orsanic cannot have had it easy with Delbonis having stayed strong to win his two singles rubbers and help his country beat Italy in the quarter-finals in July, while Guido Pella has the ability to achieve more than he already has done and the powerful Leonardo Mayer can be a superb team player on most surfaces.

The rankings suggest Ivo Karlovic will be Croatia’s second singles pick, but don’t be surprised to see home captain Zeljko Krajan, who famously coached Dinara Safina to become the women’s number one in 2009, promote Borna Coric, especially if the veteran Karlovic starts to feel the pace.

Coric is a seriously good young player – he beat Jack Sock in the deciding rubber to give Croatia a 3-2 victory over USA in Oregon in the quarter-finals – and the 20-year-old could cause, say, Delbonis problems should they clash.

That said, Mayer, and possibly Pella, could have enough experience and strength to trouble Coric should any of those combinations meet, so the opportunity is there as long as Orsanic plays his cards right.

Which brings us to the semi-finals in September. Orsanic’s decision to play Del Potro in the doubles against Great Britain in Glasgow, a day after Delpo had beaten Murray on day one and Pella had given Argentina a 2-0 lead with victory over Kyle Edmund, has to go down as one of the worst decisions in sporting history. A day of rest and Delpo would have seen off Edmund or Dan Evans, no problem.

Unsurprisingly, it looks as if captain Orsanic may not command total respect from his players, but even so with Del Potro in the ranks they can beat masters of brinkmanship Croatia, 3-2 winners in all three previous rounds.

Orsanic got lucky when Mayer beat Evans in the deciding rubber in Scotland to knock out Murray and his fellow Britons, and his team may be good enough to survive whatever contentious gameplans he could come up with in Zagreb.