DeGale can edge thriller with Jack The Ripper 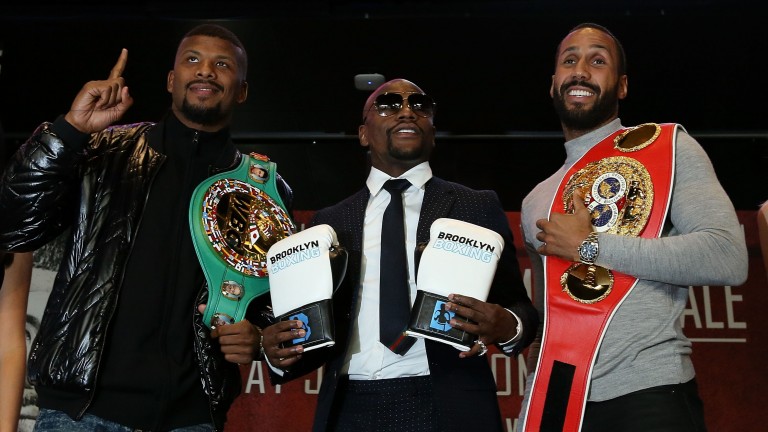 The stakes could not be higher for James DeGale and Badou Jack when they meet at the Barclays Centre in New York in the first big fight of 2017, with big-money fights on the horizon for whoever unifies the WBC & IBF titles.

Bookmakers have Britain's 2008 Olympic gold-medal winner as a fairly strong favourite, and there is no doubt that the London southpaw has the slicker, trickier style of the two.

Jack 'The Ripper' is considered to be a good all-round fighter with few obvious weaknesses. He does everything well, but nothing brilliantly, and DeGale will be confident that his unorthodox skills should give him the edge.

It would be wrong, however, to underestimate Jack, who has been promoted by Floyd Mayweather since 2012 when the undefeated superstar spotted him training in a gym and immediately signed him to his stable.

Its taken time for him to develop into a world champion but there is no doubt he is now a very good fighter. Jack became WBC champion with an upset victory over Anthony Dirrell, then defied the odds again when he won as an underdog in his first defence against George Groves. Jack won both fights by close points decisions, the first with a majority and the second on a split.

He retained the belt again in his last fight with a majority draw against Lucian Bute, although once judge gave it to Jack by six rounds and Bute later failed a drugs test for a banned substance.

Those three fights clearly demonstrate that three very different, top-level opponents have found Jack hard to beat. The one loss on his record was by KO, but he was caught cold by a counter punch in the first round and it can probably be put down as a freak result rather than a dodgy chin.

Jack has certainly been in with bigger punchers since and has not been back on the canvas, and if DeGale is to stop him it is more likely to be an accumulation of punches rather than one big shot.

The one loss on DeGale's record also came against a common opponent, when he lost to Groves by majority decision in 2011.

The IBF champ should win on points, and there is a chance he will take Jack to school and beat him convincingly.

But a DeGale points victory is odds-on and Jack has a tendency to make fights very close on the scorecards. Being a Mayweather fighter also has its advantages, and Floyd's likely presence at ringside in Brooklyn may give Jack the edge in tight rounds.

With that in mind, backing DeGale to edge a close fight by either split or majority decision may be the best option.