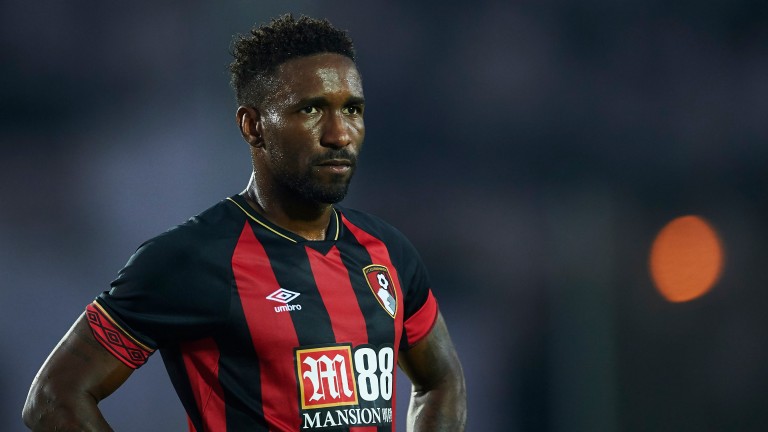 Jermain Defoe has found goals hard to come by at Bournemouth
Aitor Alcalde
1 of 1
By Liam Flin UPDATED 6:47PM, JAN 15 2019

Jermain Defoe
Bournemouth to Rangers, loan
The Ladbrokes Premiership has been far from a one-horse race this season and Rangers have given themselves a better chance of toppling Celtic with this acquisition.

Defoe is a proven goalscorer and, despite notching just four times for the Cherries, he could be prolific against weaker defences in Scotland's top flight.

Rangers need a player to take the scoring burden off Alfredo Morelos and the former Tottenham striker could be the man for the job.

Dominic Solanke
Liverpool to Bournemouth, £19 million
Liverpool had to fork out only £3 million for Dominic Solanke when signing him from Chelsea in 2017 and it's hard to see what he has done since then to warrant a £16 million price hike.

His chances to impress were few and far between at Anfield and Solanke failed to make a significant impact in any of his 21 appearances for the Reds.

Bournemouth’s more pressing issues are at the back, rather than in the final third, and the money could have been better spent elsewhere.

Jayden Stockley
Exeter to Preston, £750,000
With injuries to Alan Browne and top scorer Callum Robinson depleting their options in the final third, Preston acted quickly to bring in reinforcements.

Jayden Stockley looks a shrewd acquisition for less than £1 million, having left Exeter as League Two’s top scorer with 16 goals and a single assist.

He regularly operated up front in a 4-4-1-1 system at Exeter, with attacking midfielder Lee Martin behind him, and he can profit from Preston’s many creative outlets.

Christian Pulisic
Borussia Dortmund to Chelsea - £58 million
The American midfielder will remain on loan at the German giants until the end of the campaign but looks a solid long-term purchase for Chelsea.

Able to play in a number ten role or on the flank, Pulisic could be a replacement for the potentially departing Eden Hazard.

The 20-year-old has made 81 appearances for Dortmund and his confidence on the ball and eye for a key pass render him an exciting prospect.

Nathaniel Clyne
Liverpool to Bournemouth, loan
The resurgence of Joe Gomez and Trent Alexander-Arnold has seen Nathaniel Clyne fall down the pecking order at Anfield but he can expect plenty of game time at Bournemouth.

The south-coast club have been forced into playing Junior Stanislas in a full-back role due to injuries but Clyne, with Premier League experience under his belt, can slot in straight away. His crossing ability will heighten Bournemouth’s threat in the air.

Ben Brereton
Nottingham Forest to Blackburn, £7 million
Ben Brereton will be hoping Blackburn’s decision to turn his loan deal into a permanent one means he will be set for more starts at Ewood Park.

Of the forward’s 16 appearances for Rovers this term, 15 have been from the bench and he is yet to find the net. But, at 19, there is plenty of time for the forward to develop alongside veteran striker Danny Graham.