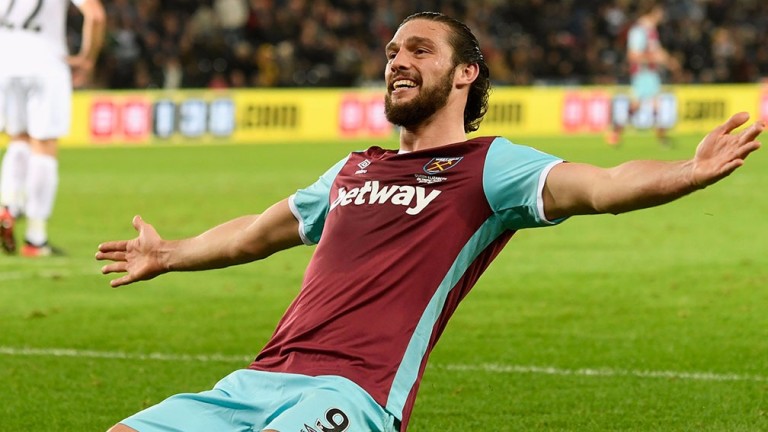 Manchester City can ill-afford any more setbacks in the battle for a top-four finish but they have looked vulnerable on their Premier League travels this season and could suffer a surprise defeat to West Ham at the London Stadium.

The Hammers have a point to prove, after their embarrassing 5-0 loss at home to City in the FA Cup third round.

But their performances have improved since Dimitri Payet’s self-imposed exile from first-team selection and they prepare to face City seeking a third successive league victory.

Payet’s future was finally resolved with his £25m return to Marseille last week but he has been out of Slaven Bilic’s thought process for a number of weeks.

Any club would miss a player of Payet’s ability but the Frenchman has not looked fully committed to the Hammers’ cause since returning from Euro 2016.

Having a half-hearted Payet around the squad was one of the reasons for West Ham’s poor start to the season and it is no coincidence that Bilic’s side have looked a much more united and determined bunch of late.

City should expect a far tougher examination than was the case in the FA Cup, but it is not entirely clear what West Ham should expect from Pep Guardiola’s side.

At their best City – reinforced by the acquisition of exciting forward Gabriel Jesus – are the most exciting attacking unit in the country.

However, at their worst they can be a defensive shambles.

They were hammered 4-0 at Everton on their last Premier League road trip and while they responded with a much-improved performance to draw 2-2 at home to Tottenham, loose defending cost them a deserved victory.

Their defensive weaknesses have cost them points on numerous occasions when they have been the dominant side and it’s beginning to characterise their season.

City are likely to dictate the pace of the game at the London Stadium because they have superior players in midfield and up front. But in the key central defensive area, West Ham look to hold the edge.

Towering defender Jose Fonte is in line to make his Hammers debut and his partnership with Winston Reid should give the Irons a solid base to work from.

City do not have a central defender who can be totally relied upon and until Guardiola addresses that issue they will continue to lose games which they should be winning.

The first goal is going to be crucial because City are a side which can be unstoppable when their confidence is high.

However, they have lost three of the last four games in which they have fallen behind and the chances of them losing at West Ham are strong enough to warrant a wager on the home side.

Team news
West Ham
Jose Fonte could make his debut as a replacement for Angelo Ogbonna (knee). Robert Snodgrass is in the squad and Cheikhou Kouyate is back from the Africa Cup of Nations but Havard Nordtveit (ankle), Diafra Sakho (back) and Arthur Masuaku (knee) are out.

Manchester City
Fernandinho is available after a four-game ban but Ilkay Gundogan is injured and Sergio Aguero (knock) faces a late fitness test.