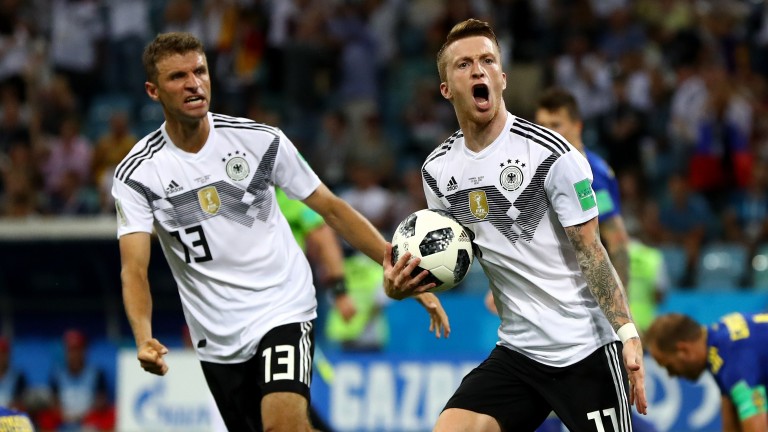 1 You can never write off the Germans
Germany looked down and out when trailing Sweden at half-time but showed plenty of character to turn things around and get their World Cup defence up and running.

Germany suffered a surprise defeat to Mexico in their curtain-raiser and were on the brink of an embarrassing exit when Sweden took a 1-0 lead at the break.

However, in true champion style, Germany dug deep and persevered with Toni Kroos delivering the goods with a magical strike at the death.

Germany haven't been at their best in Russia but they have the individual quality to hurt opponents and should never be written off.

2 Holders are vulnerable defensively
Holders Germany were as short as 2-5 to top Group F but defensive frailties could leave favourite backers disappointed.

Germany have kept just one clean sheet in their last ten matches and it’s clear to see why with first Mexico and now Sweden causing them plenty of problems on the counter-attack.

Former Sunderland man Ola Toivonen gave the Swedes a surprise lead against the run of play and a little more composure from Marcus Berg could have seen them out of sight.

Germany attack in numbers, with full-back Joshua Kimmich happy to bomb forward and that leaves them short at the back and vulnerable to pace on the break.

Key defender Jerome Boateng was dismissed late on and that should give Joachim Low some cause for concern, particularly if Mats Hummels' injury turns out to be worse than anticipated.

3 Well-organised Sweden
What Sweden lack for in individual quality they make up for in fight and passion and their team mentality can see them a success.

Zlatan Ibrahimovic was overlooked for selection but there's a sense of togetherness in the camp and relying on their all-time leading scorer could have seen that diminished.

Sweden had just 24 per cent possession and lost the shot count 18-7 but were seconds from pinching a point with every player giving their all.

The Swedes may fall short in their bid to qualify but they are a work in progress and there's every reason to believe they can make an impact at the European Championships in two years time.