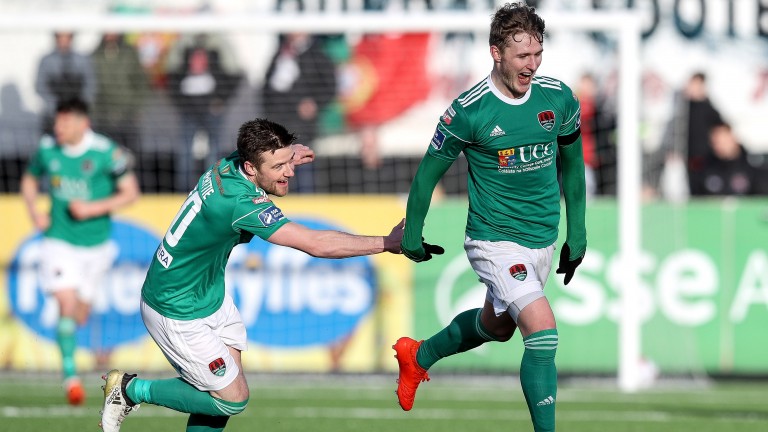 Cork can retain their League of Ireland Premier Division crown this season and look a decent bet at 6-4.

They tasted success after winning their first 12 matches as Dundalk were never able to claw them back, and their chief rivals are probably sick of the sight of them having failed to win any of their last seven meetings including two cup finals.

Improving on that will be a massive motivation for Stephen Kenny's Dundalk.

The good news is that despite losing David McMillan, Patrick McEleney and Niclas Vemmelund in the off-season, they have added enough quality that it should not matter.

Ronan Murray, Karolis Chvedukas and Krisztian Adorjan are high-profile additions, but the bad news is that Dundalk still look more vulnerable in defence than Cork.

If defences win championships, Cork can be confident of retaining their title. They lack pace, but they have a formidable back four and the best defensive midfielder in the league in Conor McCormack.

Going on the evidence of their President’s Cup win over Dundalk, Cork will create havoc even without Sean Maguire.

Kieran Sadlier, Barry McNamee and Karl Sheppard are top-class players at League of Ireland level and with Sadlier potentially taking the penalties he looks a good wager at 25-1 to finish top goalscorer this season.

View from the camps

Dundalk's Stephen O'Donnell
Our squad is looking strong this season, with the new additions settling in well. We are obviously looking to regain our title in what is a very competitive league, down to ten teams, but we are confident we can do that. It's hard to even pinpoint one player to look out for, but we have big hopes for Patrick Hoban once he's fully fit.

Cork's John Dunleavy
We have a different pressure to contend with this year, being the hunted rather than the hunters, but it's that pressure and expectation that we play football for and we're looking forward to the challenge. The manager made a number of signings in the off-season, the new lads have done very well and have added a level of competition that we haven't had before.

It seems difficult to imagine any other team bridging the gap.

Shamrock Rovers finished third last season and have a big budget. Greg Bolger is exactly what they needed in the holding role, while they have lots of classy offensive players, but they were chronically ill-disciplined last term and whether or not goalkeeper Tomer Chencinski can avoid mistakes in big games remains questionable.

Derry have enough talent in the squad to make a major push, and they are back at the Brandywell, but questions remain about their professionalism and hunger when it comes to the crunch.

Sligo could be surprise packages and are perhaps not entirely hopeless prospects at 66-1 outright, while St Patrick’s ought to be a much stronger side this season as well, but to suggest either can win the title is bordering on fanciful.

The relegation battle looks a toss-up between Limerick and Bray, and it would be no surprise to see either struggle financially. Limerick look better value to go down at 7-4.