Bartley may be man to break deadlock 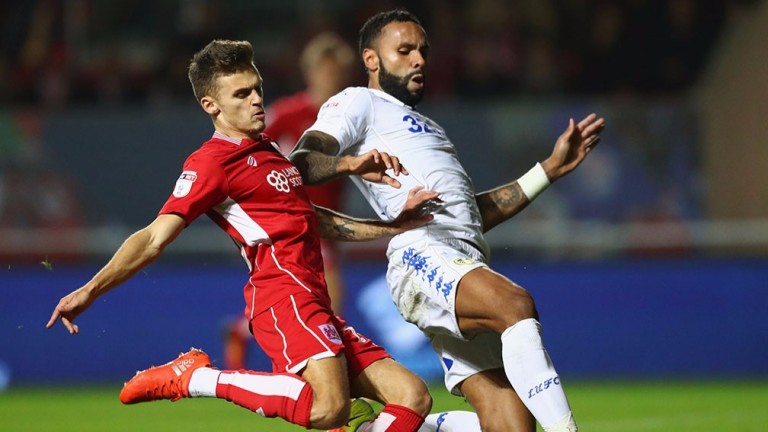 Derby’s 1-0 win over Leeds in October hauled the Rams up to 19th in the Sky Bet Championship but the reverse fixture kicks off with the two clubs in the playoff positions.

Both sides’ success has been built on solid foundations with Leeds winning five of their last six home league games to nil and Derby keeping ten clean sheets in 14 Championship matches since Steve McClaren’s return.

It all points to a tight contest at Elland Road – the draw is as short as 2-1 in places – and backing a goalless first half could prove profitable given that both teams have struggled to take charge of games early on.

Derby have scored only two first-half goals in their last six league outings and one of those came when Nottingham Forest’s Nicklas Bendtner headed past his own goalkeeper.

Leeds’s Championship matches also tend to be slow-burning affairs. Garry Monk’s men have scored 24 of their 34 league goals in the second half and conceded only seven times before the break in 25 games.

It was no surprise, then, that the first clash between the sides – McClaren’s first game back at the helm – was 0-0 after 45 minutes and the 6-4 about a repeat tonight looks worth a bet.

Derby haven’t suffered many setbacks in the league recently although they lost 3-0 at Norwich in their last fixture. Two of the Canaries’ goals came after Rams midfielder Jacob Butterfield was sent off, however, and they responded positively last weekend with a 2-1 FA Cup victory at Premier League West Brom.

Leeds boss Monk has selection issues in defence as regular centre-back Pontus Jansson is suspended and Liam Cooper, a potential understudy, injured his knee in Monday’s cup win at Cambridge.

Cooper is a doubtful starter so Luke Ayling could be shifted across from right-back but the reliable figure of Kyle Bartley should be at the heart of the home rearguard. The Swansea loanee has had a superb season defensively and also poses a major threat from set-pieces.

Bartley has scored four league goals this season and three of them were the first goal of the game. He opened the scoring in Leeds’s last two home matches, against Brentford and Rotherham, and headed against the crossbar in the defeat at Derby.

In a match featuring such strong defences, chances from open play could be sparse and Bartley is a tempting price at 22-1 to break the deadlock.

Team news
Leeds
Garry Monk could be forced into a defensive reshuffle as Pontus Jansson is suspended and fellow centre-back Liam Cooper (knee) is doubtful. Charlie Taylor (Achilles) is sidelined.

Derby
Striker David Nugent is available after signing from Middlesbrough. Jacob Butterfield is suspended and Will Hughes (knee) is a doubt.