Defence key as Lions aim to put down physical marker 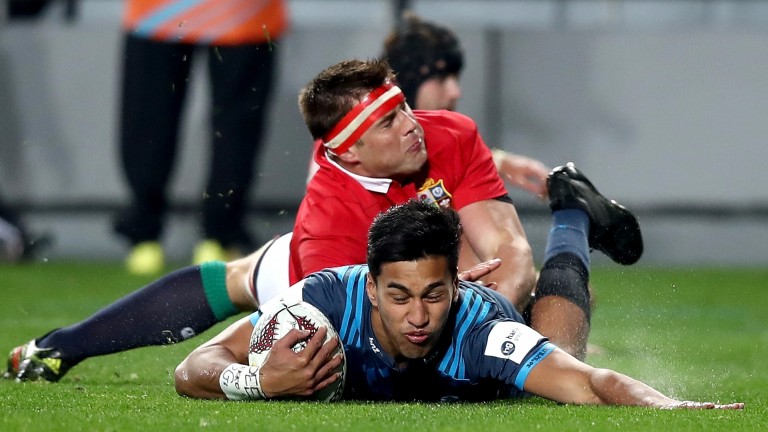 The British & Irish Lions famously lost to the Maori All Blacks on the 2005 tour of New Zealand and many are dubbing this clash as an unofficial fourth Test.

But while the pride and passion of the Maori team ought to make for an intense and fascinating showdown in Rotorua, in terms of ability this Lions side should be too strong with the tourists selecting a side quite close to their probable Test line-up.

In the past the Maori team was used as a virtual second string to the All Blacks but the regulations on proving Maori heritage are being rigidly applied now.

Nine players in the squad to face the Lions have full Test caps for the All Blacks, but only two have more than a single-figure haul.

The most exciting players are the wingers.

Nehe Milner Skudder won six of his eight caps and scored six of his eight tries at the 2015 Rugby World Cup in England, finishing up with a try in the final before a long injury layoff, while future prospect Rieko Ioane made a tryscoring debut against Italy in the autumn and has already scored against the Lions for the Blues on this tour.

There's also an All Black pairing at half-back with Tawera Kerr-Barlow at scrum-half and Damian McKenzie, not included in Steve Hansen's squad after winning two caps last year, at ten.

However, all eyes will be on the forward exchanges, and with a southern hemisphere referee in Jaco Peyper the Lions will have to be mindful at the breakdown. But they should be able to build some dominance at the scrum and deny their opponents a platform.

Warren Gatland's men are five-point favourites but the best bet could be that we see another low-scoring contest as defences dominate every battle for the slightest of edges.

The Lions may well have their Test pack starting - captain Sam Warburton is on the bench having started against the Highlanders on Tuesday - and although the injured Owen Farrell has been singled out by many as the likely first-choice fly-half, the reliable Jonathan Sexton has been given the nod for this clash.

There is one change to the Lions pack that laid it down to the Crusaders on Saturday, with Maro Itoje coming in for Alun-Wyn Jones, and we can expect a similarly physical confrontation.

Mako Vunipola and Taulupe Faletau were given plenty of ball-carrying responsibility against the Crusaders but struggled to break through a tough defence.

But the Lions defended with just as much tenacity, keeping a Crusaders team who have swept all before them in Super Rugby, to just three points.

The Maori will no doubt look to ship the ball wide to their dangerous runners but the Lions showed impressive line speed in defence on Saturday and an extra week of training should help them gel even better.