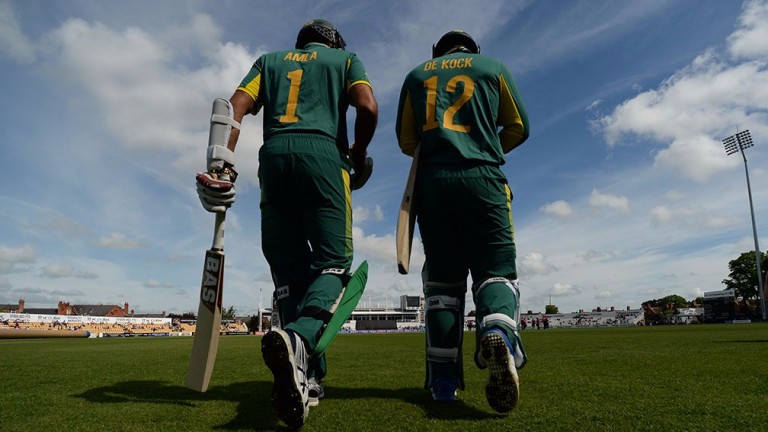 England cemented their status as Champions Trophy favourites with an impressive win over South Africa in the first ODI at Headingley and they are 4-5 to go 2-0 up in the three-match series at the Rose Bowl.

The Hampshire venue hasn’t been kind to England recently – last year’s victory over Pakistan ended a run of five straight defeats in one-day internationals – but Eoin Morgan’s men shouldn’t be worrying about past disappointments.

They extended their winning ODI sequence to seven in Leeds and India captain Virat Kohli, who knows a thing or two about 50-over cricket, admitted that he couldn’t see any weaknesses in England’s exciting squad.

The team’s blend of raw talent and cricketing nous has prompted bookmakers to cut them to 5-2 for a maiden Champions Trophy title and they never let their opponents get control of the opening game of the series.

South Africa had their chances, reducing England to 198-5 before Morgan and Moeen Ali powered the hosts to an imposing 339-6. Hashim Amla and Faf du Plessis laid a solid foundation, steering the Proteas to 145-1, but the home bowlers stuck to their task – aided by some poor shots from the tourists – to complete a comfortable 72-run win.

Another punishing day for bowlers looks likely and Sky Bet’s 4-6 about a century being scored in the match may well tempt the big hitters – it has copped in seven of the last eight Rose Bowl ODIs that were not reduced by rain.

Amla obliged in that market when South Africa last visited in 2012, scoring a typically stylish 150, and he looks set for another memorable tour of England.

The Proteas opener made two centuries and a fifty in his last five innings of the IPL season before 59 in the warm-up win over Northamptonshire and 73 against England at Headingley.

Wednesday’s half-century boosted Amla’s one-day average in England to 61.8 after 12 knocks and the 10-1 that he is named man of the match is worth a little tickle.

A more chunky bet can be had on Amla and Quinton de Kock to put on 29 or more runs for the first wicket for South Africa at a ground where Graeme Smith and Amla shared a stand of 89 five years ago.

De Kock fell cheaply in the opening game – not before the tourists had reached 33 – but he is a wonderful 50-over player with 12 centuries in 80 ODIs, including two in six against England.

Morgan had an indifferent IPL but has few concerns over his England form after he top-scored with 76 against Ireland at Lord’s and 107 against the Proteas on Wednesday.

He loves the Rose Bowl – in ten ODIs there he has made centuries against Australia and Pakistan, as well as 71 against New Zealand in 2015, and has reached 20 in all ten innings.

Ben Stokes has been passed fit after suffering a sore knee in Leeds but England won’t want to take any gambles with their key all-rounder before the start of the Champions Trophy on Thursday.