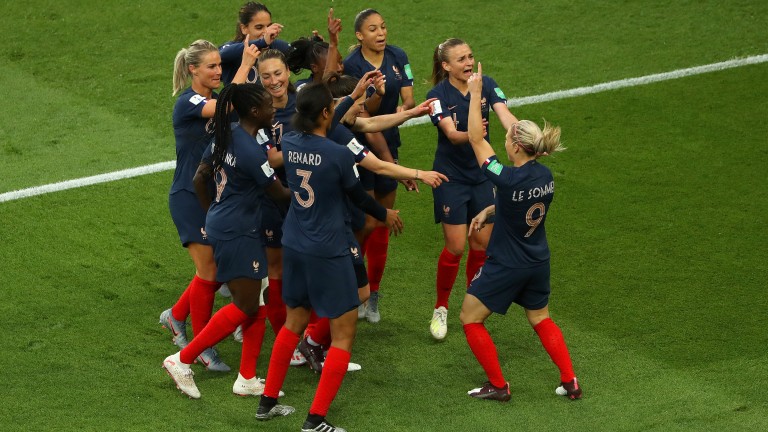 France's Lyon-based core helped them to a 4-0 hammering of South Korea in the tournament's curtain-raiser and one of the goalscorers from that game can also notch against Norway.

Following her heroics for Lyon in the Champions League, in which she scored six goals, Eugenie Le Sommer registered the first strike of this summer's World Cup.

She is capable of rising to the occasion on the biggest stages, having scored against the USA and Germany in the SheBelieves Cup in March.

France are as short as 1-4 to make it successive wins in the group stage and backing Le Sommer to draw first blood again looks like the best bet.

Germany required a wonderstrike from Giulia Gwinn to see off China in their opening match but they had plenty of opportunities in the match and can edge a humdinger with an improving Spain side.

Die Nationalelf have one of the most potent forwards in the world in Alexandra Popp - who could have got on the scoresheet had it been for better deliveries from the flanks - along with quality playmaker Dzsenifer Marozsan.

Their 16 shots suggest 1-0 flattered the Chinese and they will be keen to put on a show against the Spanish, who overturned South Africa 3-1 in their opener.

Potent Jennifer Hermoso bagged a brace in that match with Spain, amassing 27 shots but they did not score until a 70th-minute penalty and could struggle against tougher opposition.

Key stat
Germany are unbeaten in their last 13 matches, winning 11.