David Law should relish home conditions and can cause an upset 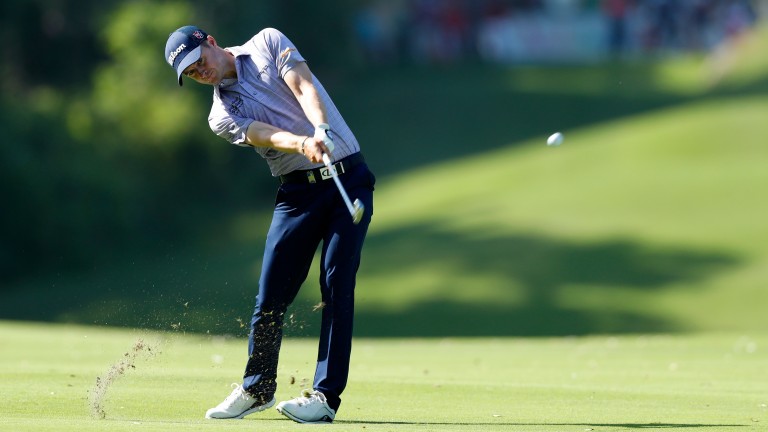 Light rain is set to fall in North Berwick for most of the Scottish Open first round, while there is the chance of a late-afternoon thunderstorm, so unpleasant conditions await the competitors at The Renaissance Club.

The marquee threeball of Rory McIlroy, Rickie Fowler and Robert MacIntyre could get caught in the eye of the storm – they are scheduled to tee off at 1.40pm – but a sunny evening is forecast and it stays light until almost 10pm. The first round should be completed somehow.

McIlroy is a tempting favourite for that match – he has had the edge over Fowler this season and Scottish youngster MacIntyre is entitled to feel plenty of early nerves in such illustrious company – but a better value option may be David Law for the 1.50pm contest.

The nasty weather will not worry Aberdeen man Law and maximum focus is guaranteed from the improving European Tour newcomer, who earned his place on the main circuit through performing well in his homeland.

Law won the Scottish Hydro Challenge in Aviemore on the Challenge Tour just over a year ago and his European Tour rookie campaign got off to a tremendous start when he won the Vic Open in February. That was just his fifth start of the season.

Law has not done much either side of his victory, which is why such a big price is on offer about him defeating Eddie Pepperell and Jimmy Walker in round one at The Renaissance, but the odds make the Scot worth a gamble.

Pepperell made an encouraging return to action in Ireland last week after back problems, finishing fourth, but the miserable weather of North Berwick will test his brittle body. Walker has become a humdrum US Tour performer who has slipped outside of the top 100 of the world rankings.