Darts royalty lining up to be King of the Palace 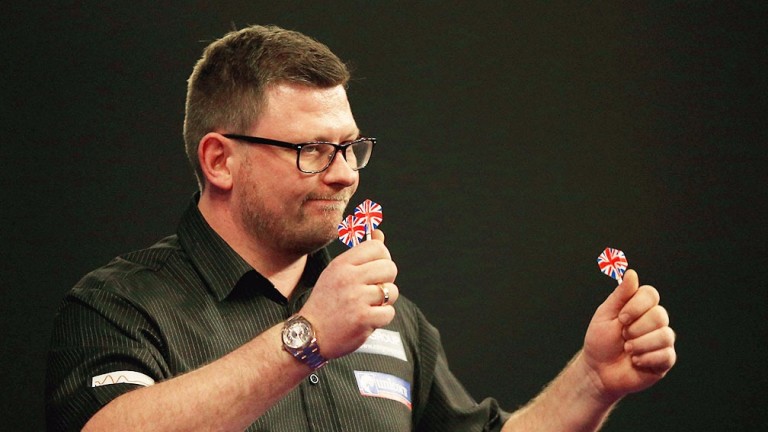 Darts fans will gather in their thousands at Alexandra Palace over the next couple of weeks anticipating the coronation of King Michael van Gerwen – but is there anyone good enough to steal the crown off the Dutchman’s head?

At the end of a year in which Mighty Mike has won an incredible 25 titles pretty much everyone expects him to claim a second William Hill World Championship trophy, and he goes to post the red-hot favourite.

Lined up against him are a glut of high-class arrowsmiths, including defending champion Gary Anderson, another twice winner in Adrian Lewis and, of course, the grand-daddy of them all, the 16-time champion Phil Taylor.

Remarkably, and it shows just how dominant Van Gerwen has become, Anderson is 13-2 to complete his Ally Pally hat-trick, The Power is 11-1 to claim his 17th world title and you can have 40-1 Lewis.

The layers simply cannot see past the 27-year-old top seed and clearly he’s going to take all the stopping.

Punters may not be interested in tieing up cash over Christmas on an odds-on shot, especially one who was a short price to win last year and fell at the third, but there is every likelihood MvG will romp to glory.

There have been chinks this year – losing six legs in a row to Darren Webster at the Grand Slam (though he did go on to win the game) and letting Lewis get under his skin in the World Cup final which England won.

And he has also found two better than him on the Alexandra Palace stage over the last two years.

One certainty is that regardless of Van Gerwen’s fate someone from the other half of the draw is going to make the final – and my money is on Wade.

It is also hard to resist a chunk of Taylor for overall glory and I’m going for a massive outsider in Chris Dobey to win the third quarter.
Van Gerwen has lost only four matches since winning the World Matchplay in July and two of those defeats were against Taylor.

If there is one man in the field who knows how to prepare for this event, who consistently produces ton-plus averages, can beat the top seed and who has the pedigree, it’s Taylor.Yet

He may be 56 years old and, by being seeded fourth, is in Van Gerwen’s half of the draw, but he’s won five times in 2016 in a much-decreased schedule.

The draw also gives him a great chance to breeze through the first two rounds by which time he will be in his element. Taylor does not possess the fear factor any more, but he is still one of only a handful of players who can win this title.

Wade is housed in the fourth quarter alongside main danger Peter Wright. These are two evenly-matched aces yet one is 12-1, the other 40-1.

Wade is a proven stage winner with seven majors and he beat Gary Anderson en route to the final of last month’s Grand Slam.

A masterful finisher and match player, the one aspect of his game that threatened to hold him back was his scoring, which never was as sizzling as some of his rivals, but his consistency is beyond doubt.

The Machine is also a happy bunny off the stage these days which makes him a better player on it.

Anderson is the second favourite and, rightly so, though he is still getting used to his new glasses and new darts and has been threatening to return to his old arrers.

It’s easy to be seduced by the silky Scot but he can have off-days – and his are far worse than most.

If Anderson does slip up, keep an eye on Dobey.

Achievements of the magnitude of Kirk Shepherd – a 1,000-1 finalist in 2008 – are less and less likely. Half the field seemed to be ill during that fortnight and his feat was a freak.

But although Dobey is a 400-1 shot, many are tipping him for great things. He reached his first Tour final in October – Chizzy and Lewis among his victims – and he went on to make the quarter-finals of the Grand Slam.

He has got a big future – maybe starting now – and is worth backing to win the third quarter.

Punters might want to consider holding on until midday when placing their bets as Betfred will offer top or joint-top price about every player in the field from noon on Thursday.