Dangerous Dhawan is too big to ignore

Opener could lead the charge 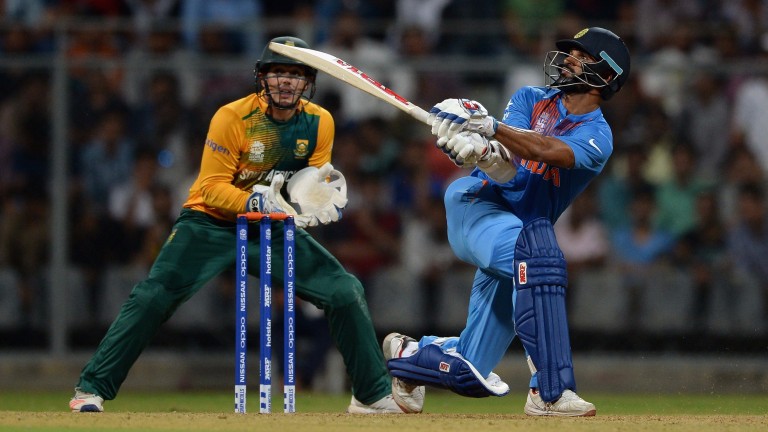 Hyderabad Sunrisers lost at home for the first time in the 2017 Indian Premier League when they were downed by Pune on Saturday and it will be tough for them to bounce back against table-topping Mumbai Indians.

The Indians have lost just two of their 11 matches and look assured of a top-four finish but it's not so clear-cut for Hyderabad, who are aiming to stay ahead of a Kings XI Punjab with two games in hand.

The Sunrisers should be good enough to remain in the hunt. They are skippered by David Warner and the big-hitting Australian has been in typically devastating form with the bat this season. Kane Williamson, Shikhar Dhawan, Moises Henriques and Yuvraj Singh are also contained in a formidable top five.

Hyderabad have mostly been in form at the Rajiv Gandhi Stadium, where they've notched three scores in excess of 190 and they could build another big total against Mumbai.

Warner is likely to be the main man again for the Sunrisers but bookmakers are wise to his chances of topping the batting charts, pricing the Aussie at no bigger than 15-8 to lead the way.

Warner's opening partner Dhawan is enjoying a consistent season with the bat - scoring two half-centuries and at least 25 runs in five of his last six innings - and he could be a touch overpriced at 7-2 to make his mark.