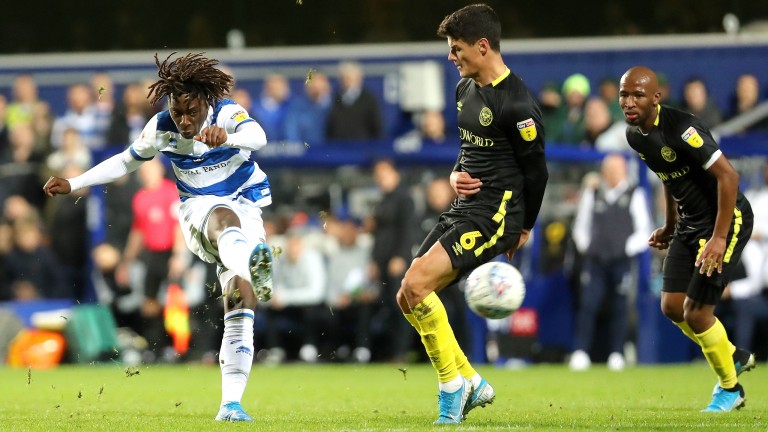 Injuries are taking a toll on Preston's Sky Bet Championship promotion push and the ongoing absence of key defenders could contribute to a defeat to QPR at Loftus Road.

Despite the difficult circumstances, North End competed well and were undone by a harsh penalty decision when goalkeeper Declan Rudd was adjudged to have brought down Kyle Edwards.

But much of their focus was on covering the defensive gaps, meaning they created few clear-cut chances.

Alex Neil hopes to get some of his defenders back for the QPR game but he may find it more difficult to repair the team's fragile confidence.

Preston lost 4-0 at Hull on their last road trip and have to be prepared for a serious examination from QPR, who are the top scorers among the bottom ten teams.

Attacking midfielder Ebere Eze (seven league goals) and strikers Jordan Hugill and Nahki Wells (eight each) have been influential for the 16th-placed Hoops, who are only six points outside of the playoffs.

The Londoners have gone seven games without a win but were much improved when drawing 1-1 at Derby last Saturday and this match offers a great opportunity for them to get back on track.

Oxford have an EFL Cup quarter-final at home to Manchester City to look forward to before Christmas but their main objective is to win promotion from Sky Bet League One and they are likely to be fully focused on this weekend's home match with Shrewsbury.

Karl Robinson's free-flowing side are sixth and full of confidence, having gone 16 games unbeaten.

Those matches include the highlights of a stunning 4-0 success at home to West Ham in the EFL Cup and the 6-0 demolition of Lincoln at Sincil Bank.

They are the division's second-highest scorers with 37 goals in 17 matches and approach the Shrewsbury match on a four-match winning sequence.

It adds up to a daunting challenge for the Shrews, who have been in mid-table since August, never rising higher than 11th or dropping lower than 15th.

Shrewsbury's strength has been disciplined defending but standards dropped significantly in their last league match when they lost 4-3 at home to Bristol Rovers.

Steering well clear of relegation will be their top priority but they look ill-equipped to match a team as talented as Oxford.

Promotion-chasing Plymouth have lacked consistency in Sky Bet League Two, but can post a third successive league victory for the first time this season by defeating Cambridge at the Abbey Stadium.

Plymouth's season stood at a crossroads in late October when they lost 4-0 away to bitter rivals Exeter.

Manager Ryan Lowe faced a challenge getting the fanbase on his side but his team have responded superbly with victories away to Forest Green (1-0) and at home to Bradford (2-1).

Defeating two promotion rivals should have done Argyle a power of good and they face an easier challenge this weekend.

Mid-table Cambridge have gone six games without a victory, scoring just four goals in that time.

They appear to lack the necessary firepower to sustain a playoff push and could be outgunned by Plymouth.

A surprise could be on the cards at Vale Park, where lowly visitors Walsall look value to gain at least a point.

The Saddlers have lacked consistency this season which is perhaps understandable because manager Darrell Clarke put together an almost entirely new team in the summer.

However, Walsall have lost just one of their last seven matches and are playing Port Vale at a good time.

Vale are up eighth after winning two of their last three league games but they might not be at their best without suspended winger David Worrall and midfielder Luke Joyce.