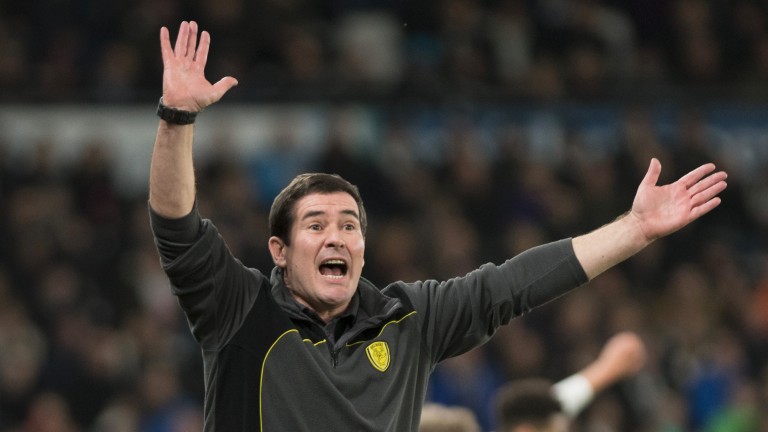 Too many poor away results hampered Burton's Sky Bet League One promotion ambitions last season but the Brewers have taken six points from six from their road trips in 2019-20 and they look overpriced to win at Shrewsbury.

Nigel Clough's men registered just six away victories last term, the fewest of the top 11 clubs in the division, but they have looked a different team on their travels this season, winning 2-1 at Gillingham and 4-2 at Oxford.

Attacking midfielder Scott Fraser's second-half hat-trick was key to Tuesday's success at Oxford but there are plenty of other threats in the side.

On-loan Everton winger Nathan Broadhead has made an immediate impression, scoring both goals in the win at Gillingham, and it should be a matter of time before striker Liam Boyce rediscovers his scoring touch.

Shrewsbury are a point better off in the table but their manager Sam Ricketts has warned that his team are still far from the finished article.

They came from 2-0 behind to win 3-2 at Accrington on Tuesday, scoring three goals in the last 20 minutes, but were outplayed for much of the game.

Last Saturday they laboured to a 0-0 draw at home to Rochdale, losing the shot count 13-10, and it will be tougher to keep a clean sheet against the Brewers.

Taking a long-term view, Burton have a better chance of challenging at the top end of the table and they look the likely winners.

Lee Bullen has been making a strong case for taking the Sheffield Wednesday job on a permanent basis and can strengthen his claim further with a victory at Preston.

Wednesday were rocked when Steve Bruce resigned last month but they have won three of four league matches under Bullen and are fourth in the table.

They have had a soft set of early-season fixtures – facing promoted Barnsley and Luton as well as Reading and Millwall, who were 20th and 21st last term.

But they haven't done a lot wrong - they won the shot count 21 to three in last Saturday's 1-0 loss at Millwall - and they are playing Preston at a good time.

North End's attacking options are reduced as they are without strikers David Nugent (calf) and Louis Moult (knee).

They coped well enough when winning 3-1 at home basement boys Stoke on Wednesday but have had less time to rest than the Owls, who should provide a sterner test.

Lincoln's 100 per cent record disappeared with an unfortunate 2-1 defeat at MK Dons on Tuesday but the Imps can bounce back with a victory over Doncaster at the Keepmoat Stadium.

Danny Cowley has done a fantastic job at Lincoln, who are playing third-tier football for the first time since 1999.

But his ambitions for the club are far from satisfied and his sights are fixed on a third promotion in four seasons.

The loss at MK Dons was the first bump in the road but Lincoln could take a lot of encouragement from their performance, after winning the shot count 26-12.

Cowley has spoken of the disadvantage his team face because of the postponement of Doncaster's scheduled midweek fixture at Bolton.

Donny have had a free week but they will have been more frustrated at missing out on a fixture they would have expected to win.

They picked up their first win of the season last Saturday, defeating Fleetwood 3-2, but draws at home to Gillingham (1-1) and away to Rochdale (1-1) have hinted at a less successful campaign than 2018-19, when they finished sixth.

On the early evidence Lincoln look more likely to be top-six contenders and they are worth backing to register a fourth victory.

Expectations of a strong season for Peterborough were dampened by defeats in their first two games but Darren Ferguson's side are getting their act together and can make it three matches unbeaten with a victory at MK Dons.

Ferguson was not too perturbed by the losses at home to Fleetwood (1-3) and away to Oxford (0-1) because he saw positives in the performances.

The Posh suffered further disappointment when conceding an injury-time goal in last Saturday's 2-2 draw at home to Ipswich but they responded with a comfortable 2-0 success at Southend on Tuesday and can make the short trip to Milton Keynes with their confidence restored.

MK Dons have adjusted well since promotion, taking six points from nine, but they rode their luck to a large extent during Tuesday's 2-1 success at home to Lincoln.

It is too early to consider them promotion contenders and the outcome against Peterborough may serve as a reality check.

FIRST PUBLISHED 5:36PM, AUG 23 2019
Darren Ferguson's side are getting their act together and can make it three matches unbeaten