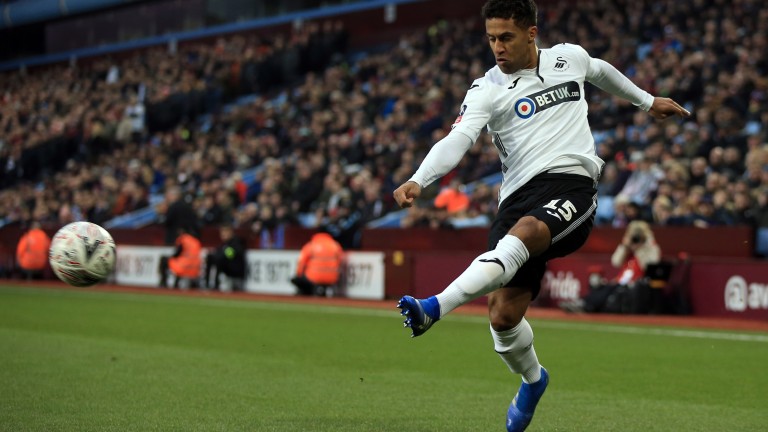 The race for Sky Bet Championship playoff places is getting tight and seventh-placed Derby can enhance their chances by beating mid-table Brentford at Griffin Park.

Frank Lampard's side looked to be a fading force when losing 4-0 at Aston Villa in early March, extending their losing sequence to four games.

But they have responded with a four-match unbeaten run and confidence came flooding back last Saturday with a 6-1 victory at home to Rotherham.

The Millers mauling marked the return from injury of on-loan Chelsea midfielder Mason Mount after a two-month layoff.

Mount has excelled this season and caught the eye of Bundesliga outfit Leipzig, who are reportedly interested in securing his services this summer.

Derby suddenly look a different proposition and should be gunning for maximum points against the Bees.

Brentford had shown significant improvement since the turn of the year, raising hopes that they might make a belated push for promotion.

But those dreams have swiftly disappeared with a poor run either side of the international break.

Thomas Frank's side have taken one point from their last four games, failing to score a goal during that time, and are heading for another disappointing weekend.

Promotion hopes are fading fast for Middlesbrough after four successive defeats and they will struggle to turn the tide against Swansea in south Wales.

It is not too late for Boro, who are one point outside the top six, but they are on the worst run of all the playoff-chasing teams and have been shunted out to 12-1 to go up.

Tony Pulis has always prioritised substance over style but his cautious tactics are becoming less effective in a division where many teams favour a more expansive, offensive approach.

Boro have the best defensive record in the Championship but their 40-goal tally is the fourth-lowest in the section.

Supporters have grown weary of the fare served up week-in and week-out and some of them vociferously called for a change of manager after Tuesday's 1-0 loss at home to Bristol City.

Pulis needs a win to get the fans back onside and hopes for a change of fortune on his return to the country of his birth.

Normally it would suit to come up against mid-table opposition at this stage of the season but Swansea did not lack motivation when cruising to a 3-0 victory at home to Brentford in midweek and look overpriced to complete a second success in five days.

Successive wins have lifted Swindon into Sky Bet League Two playoff contention and they have an excellent chance to collect another three points at home to relegation-threatened Yeovil.

Swindon made a managerial change in November – replacing Phil Brown with Richie Wellens – but it is only recently that their season has taken off.

They are a big club in League Two and played like one last Saturday, claiming a thoroughly deserved 3-1 victory away to highflying Bury.

Wellens is likely to stick with the same players but options on the bench will be significantly enhanced by the return of influential attacking midfielder Michael Doughty following a seven-week layoff.

Doughty's skills will come in handy if there is stout resistance.

But it is more likely to be a comfortable afternoon for the Robins against a Yeovil side on a five-match losing run.

Promotion-chasing Bury have had a dismal week on and off the pitch and it could get worse with a poor result on the cards at playoff-chasing Carlisle.

Tuesday was a desperate day for the Shakers, who announced they had not paid the players' March wages before losing 3-0 at home to lowly Cambridge.

It is possible the wages issue had a negative impact on that performance although Bury had also struggled last Saturday – losing 3-1 at home to Swindon.

Influential attacker Danny Mayor was sent off in that game, incurring a three-game ban at a crucial stage of the season.

He will be missed and defender Will Aimson could be out of contention after limping off in the first half of the midweek defeat.