Reading can inflict first defeat of the season on Charlton 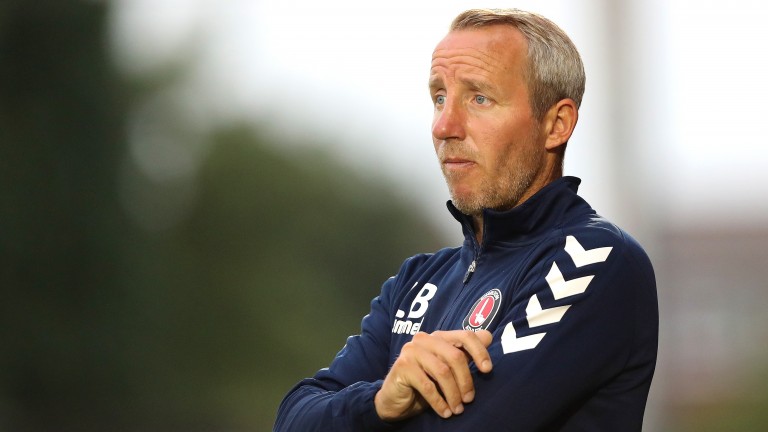 Lee Bowyer's Charlton could struggle to match Reading at the Madejski
James Chance/Getty Images
1 of 1
By Dan Childs 6:36PM, AUG 30 2019

Reading have spent the best part of two years in the doldrums since losing on penalties to Huddersfield in the 2017 Sky Bet Championship final. But they are playing some decent football this season and can defeat Charlton at the Madejski Stadium.

For much of the summer Reading fans were growing frustrated with their club's lack of transfer activity.

However, the Royals completed several late deals, many of the them high-quality signings.

The one that captured the headlines was the reported £8 million signing of Romanian international striker George Puscas from Inter Milan.

And they brought in some excellent temporary signings, notably Liverpool's Ovie Ejaria and Chelsea's Matt Miazga, who impressed during loan spells at the Madejski Stadium last season.

The extra quality is making a difference with Reading taking seven points from their last three games.

While an influx of signings has boosted Reading, Charlton are off to a flying start despite operating on a shoestring budget.

Addicks' manager Lee Bowyer is doing a fantastic job but even he would have to admit that fortune was on Charlton's side when they won 1-0 at home to Brentford last week.

Charlton defeated the Bees despite losing the shot count 22-3. Their luck may be about to run out.

Greek businessman Angelos Marinakis watched his Olympiakos team land a Champions League group-stage draw against Bayern Munich, Tottenham and Red Star Belgrade on Thursday. But he will also be keen to see his other team, Nottingham Forest, flourish in the Championship and should be pleased with the early signs.

Forest stretched their unbeaten sequence to six on Tuesday by winning 3-0 at home to rivals Derby in the EFL Cup second round and they look worth favourites to follow up with a league win over Preston.

Marinakis has invested heavily to bring better players to the City Ground but has had a few problems settling on the right manager.

However, he appears to have made the right choice when appointing Sabri Lamouchi head coach this summer.

Forest have lost just one game and showed than can compete against the division's best teams by drawing at Leeds (1-1) and winning at Fulham (2-1).

They will have respect for Preston, who have won three from five games and continue to make excellent progress under Alex Neil.

But Forest look the more likely to mount an assault on the playoffs and can take the points this weekend.

Wigan manager Paul Cook was disgusted with his team's performance in a 3-1 loss at QPR last Saturday but he should be a happier man this weekend because the Latics can bounce back with a home win over Barnsley.

Cook revamped his squad this summer and thinks it will take time for some of the new signings to gel.

But his options are boosted this week with key striker Kieffer Moore back in full training.

Moore's physical presence could be important because Barnsley's shaky defence look ill-equipped to cope in the second tier.

Barnsley lost 3-1 at home to Luton last Saturday, conceding all three goals in the opening 31 minutes, and they received another massive blow this week when it was confirmed that first-choice goalkeeper Samuel Radlinger will be out until December with a knee injury.

Radlinger's replacement, Brad Collins, is likely to be a busy man and may struggle to prevent the Tykes from sliding to a third successive defeat.

Memories of Ipswich's relegation from the Championship are starting to fade and the Suffolk side's strong start to season should continue with a home victory over Shrewsbury.

And the supporters are getting on board with more than 18,000 celebrating the 2-1 home victory over Wimbledon.

Home results will be key to finishing in the top two and another victory looks likely against the Shrews, who look short of quality in attack.

Colchester delivered the biggest shock of the EFL Cup second round by knocking out Crystal Palace at Selhurst Park and they can cap off a fine week by defeating Oldham at Boundary Park.

The reward for beating Palace is a plum third-round tie at home to Tottenham.

But Colchester's main focus is on pushing for promotion and they should be too strong for Oldham, who are third-bottom having scored just three goals in five league games.