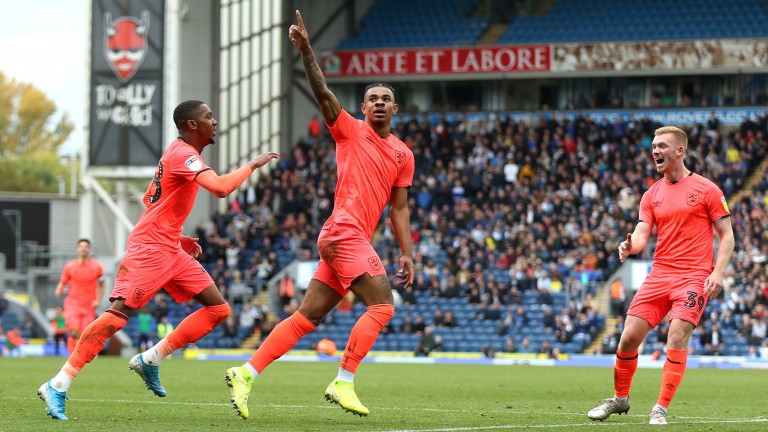 Preston successfully staved off Stoke's interest in their highly-rated manager Alex Neil but they may be denied a perfect week by Huddersfield, who look overpriced to avoid defeat at Deepdale.

North End have operated like a well-oiled machine for much of the season but their engine room is under strain with midfielder Ben Pearson suspended and his regular sidekick, Daniel Johnson, is an injury doubt after suffering a foot injury during last Sunday's 1-0 win at Charlton.

The pair have started the last 14 league games but they were both absent for the 1-0 loss to Millwall on the opening weekend when Preston were nowhere near their best.

Neil will give Johnson as much time as possible to prove his fitness but Preston's performance may dip slightly and that could be all the encouragement Huddersfield need to get a decent result.

The Terriers have made huge strides since appointing Danny Cowley in September.

Cowley has led them from the foot of the Sky Bet Championship table to 18th and his team look good value to extend their unbeaten run to eight games.

QPR have been licking their wounds after back-to-back losses in tough fixtures at home to Brentford (3-1) and away to Leeds (2-0) but they have played some excellent football this season and have a great chance to bounce back by beating injury-ravaged Middlesbrough at Loftus Road.

The season has not really got started for Boro, who have won two of Championship 15 matches under their rookie manager Jonathan Woodgate.

According to Woodgate, they have played better than their points tally of just 12 indicates, but looking back is not going to help them in London where they they are wrestling with a lack of confidence and the loss of several players.

Seven of Boro's outfield players are ruled out and they could be missing two goalkeepers with Darren Randolph (thigh) sidelined and his deputy Aynsley Pears (finger) rated 50-50 by Woodgate.

QPR could have issues in defence with central defenders Yoann Barbet and Toni Leistner nursing injuries but they look healthier overall and are worth backing to increase the 11-point gap between the teams.

Cheltenham went 18 matches without a home defeat before losing 2-1 at home Forest Green in last Saturday's Sky Bet League Two clash but playing at Whaddon Road is clearly a strength and they look overpriced to defeat fourth-tier rivals Swindon in the FA Cup first round.

There is little to choose between the teams in League Two with third-placed Swindon two points superior, having played two games more.

Swindon played well in a 2-2 draw at Cheltenham in August but will be without at least three of the players who started that day because central defender Dion Conroy (knee) and wingers Lloyd Isgrove (knee) and Keshi Anderson (hamstring) are injured.

They could be weakened further with their manager Richie Wellens hinting that not all of his loanees have been given permission to play by their parent clubs.

Cheltenham are close to full strength according to their manager Michael Duff and have a great chance to get the win.

League Two Colchester have performed minor miracles in the EFL Cup, knocking out Crystal Palace and Tottenham, so they are unlikely to be fazed by hosting League One Coventry in the FA Cup first round.

Next month's EFL Cup quarter-final at Manchester United is eagerly anticipated by Colchester but it should not reduce their commitment to the FA Cup, which offers further opportunities for glory and revenue.

John McGreal's side look in good shape with key midfielder Harry Pell and top scorer Luke Norris back in contention after injuries, while striker Theo Robinson can return after a three-match ban.

There is no reason for them to fear Coventry, who have not won an away game all season.

Coventry are sixth in the third tier but they look light up front with Matt Godden injured and Max Biamou suspended and they could be on the wrong end of a minor upset.

New player-manager Russell Martin has been handed the tough task of lifting MK Dons away from the League One relegation zone but his first assignment is a tricky FA Cup first-round tie at home to Port Vale, which may go the way of the League Two visitors.

Vale have shown an appetite for tough away games in recent weeks, winning at Bradford (2-1) and Crewe (1-0).

And they should fancy their chances against the Dons, who have taken only one point from their last nine league games, scoring just two goals in the process.