Birmingham can stay in top-six contention by seeing off Terriers 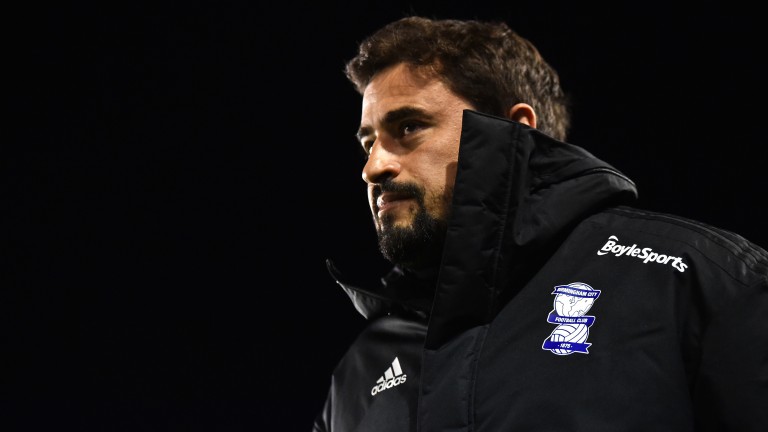 Birmingham went into the international break after back-to-back Sky Bet Championship losses but they are only six points adrift of the playoffs and can stay in top-six contention by defeating Huddersfield.

Eyebrows were raised this summer when Birmingham replaced Garry Monk with his former assistant, Pep Clotet.

Confidence in Clotet was not sufficient to hand him a long-term contract and he remains the club's interim manager despite doing excellent work over the last few months.

Clotet's brief was to change the club's style of play – from direct to possession-based – and keep them competitive. And he seems to be succeeding with Blues winning seven of their 16 games.

The style of football has changed and it has been possession with a purpose with Clotet's side playing with energy and intensity.
Their recent defeats have been unfortunate.

Birmingham's luck should change if they keep their heads and they have every chance against Huddersfield, who are three points above the drop zone.

The Terriers responded well to their new manager, Danny Cowley, going seven games unbeaten, but there was a dip in performance when they lost 3-1 at Preston.

It may take Cowley a couple of transfer windows to get the right group of players and there will be a few bumps along the road.

Swindon reached the Sky Bet League Two summit with a 3-2 victory at Salford last Saturday and can make sure of staying there for at least a few more days by defeating mid-table Mansfield at the County Ground.

The success at Salford was Swindon's fourth league win on the trot but they lost 1-0 at home to Cheltenham in Tuesday's FA Cup first-round replay.

Swindon manager Richie Wellens wants to win every game but his team were understrength against Cheltenham because loanees Eoin Doyle and Anthony Grant were not allowed to play by their parent clubs.

Grant has excelled with a series of commanding performances in midfield but the bigger blow was losing Doyle, who tops the League Two scoring charts with 16 goals.

Both return for the weekend and that is bad news for the Stags, who are performing well below pre-season expectations.

But they have won five of 18 league games and were poor during last Saturday's 0-0 draw at Macclesfield.

They lost the shot count 13-5 against cash-strapped Macc and must brace themselves for a tougher assignment in Wiltshire.

Ross Embleton had a positive first spell as Leyton Orient's interim manager but his second started with a 2-0 defeat at home to Scunthorpe last Saturday and things may get worse with the visit of highflying Forest Green.

The Londoners seem to be struggling to recover from the disastrous 29-day spell under Carl Fletcher which featured two draws and three defeats, including an embarrassing 2-1 loss at home to Maldon & Tiptree in the FA Cup first round.

They struggled to lay a glove on injury-hit Scunny and are unlikely to fare any better against second-placed Forest Green, who look solid promotion contenders.

Forest Green relinquished top spot with a 1-0 loss at home to Plymouth last Saturday but played some decent football and won the shot count 13 to six.

On-loan Celtic teenager Jack Aitchison has caught the eye for Mark Cooper's side, scoring four goals in his last five games, and his quality could expose Orient, who have won just two of nine home league games.

Cheltenham have picked up 17 points from a possible 24 at Whaddon Road but their impressive home results may not deter Colchester, who can return to Essex with three points this weekend.

The last few weeks have been a busy time for Cheltenham, who are preparing for their fifth game in 15 days.

They achieved a hard-fought 0-0 draw at Exeter last Saturday and had to dig deep to win 1-0 at Swindon in Tuesday's FA Cup replay.

In that time Colchester have been resting up and looking back on a run of four wins in five games.

They won 3-0 at Swindon earlier in this season and may be ready to produce another big away performance.