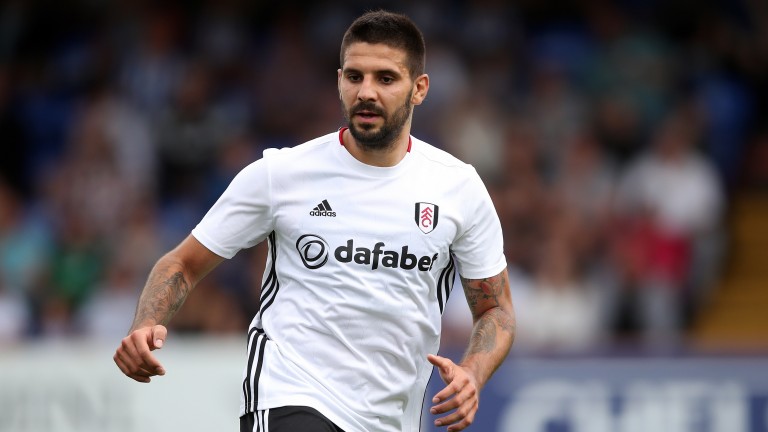 Wobbling West Brom and Leeds are offering encouragement to rival teams in the Sky Bet Championship promotion race, including third-placed Fulham, who can boost their chances with a victory over injury-hit Blackburn at Ewood Park.

The Cottagers have taken 17 points from their last eight games, leaving them four points below leaders West Brom, and three adrift of Leeds.

And they approach the last 16 games bolstered by the presence of star striker Aleksandar Mitrovic, who returned from injury with a goal in last Saturday's 3-2 success at home to Huddersfield.

French forward Aboubakar Kamara also returned from a layoff against the Terriers, featuring as a second-half substitute.

Fulham manager Scott Parker will be delighted to have a few extra attacking options and his selection process will be easier than that of Blackburn gaffer Tony Mowbray, whose hands are tied by injuries to influential attacking midfielders Bradley Dack and Lewis Holtby.

Mowbray has known since early January that Dack, who scored nine goals in 22 league games this season, would be missing for the rest of the campaign with a knee injury.

But he was dealt a further blow last weekend when Holtby, who has filled in superbly for Dack, suffered a knee injury in the 1-1 draw at Middlesbrough.

Holtby's injury leaves Rovers short of midfield creativity and goals, meaning they will be more reliant on their defence.

However, they will have a tough job containing the Cottagers, who look overpriced to collect a sixth win in nine league games.

Portsmouth climbed into the Sky Bet League One playoff places with a 2-0 victory at home to Sunderland last Saturday but their sights are set on the top two positions and they can edge closer by defeating lowly Tranmere at Prenton Park.

Kenny Jackett's side have won their last eight matches and have plenty to look forward to, having advanced to the EFL Trophy semi-finals and the FA Cup fifth round.

Promotion is Pompey's top priority and they are targeting maximum points against Rovers, who are six points inside the drop zone.

Tranmere had a decent FA Cup run which included a third-round replay success at home to Premier League Watford.

However, their recent league performances have been poor and they were well off the pace in Tuesday's 3-0 home loss to Doncaster.

Rovers boss Micky Mellon needs a positive response but his players, who are preparing for a sixth game in 16 days, are probably running on empty.

Portsmouth must come to terms with a far-from-perfect Prenton Park pitch but they have the tools to win in a variety of conditions and look solid odds-on favourites.

It has been a stop-start campaign for Orient but their confidence is on the rise after last Saturday's 3-0 victory at Stevenage.

Cyprus Under-21 international striker Ruel Sotiriou netted twice against Stevenage, increasing his tally to five in seven league appearances, and he looks a major threat to Macc, who are facing a scrap for survival on and off the field.

Macclesfield's financial problems contributed to a six-point deduction which may prove crucial by the end of the season.

The Silkmen hold a six-point cushion to basement boys Stevenage but manager Mark Kennedy is operating with a threadbare squad and named just four substitutes for last Saturday's 1-0 loss at home to Northampton.

Victories may be hard to come by in the remaining 16 games and a lot will depend on results at Moss Rose.

Macclesfield have gone nine games without a win on their travels and they may struggle again in London.

Grimsby's results have picked up since they appointed Ian Holloway in December and they look overpriced to avoid defeat against Bradford in League Two.

Holloway has steered the Mariners to three wins, two draws and two defeats, which is a big improvement because he inherited a side who had gone 15 games without a victory.

A change of manager sometimes brings about a revival in fortunes and Bradford hope to benefit in a similar manner after replacing Gary Bowyer with Stuart McCall.

This weekend marks the start of a third full managerial spell with the Bantams for McCall, who has been popular among the supporters since two stints as a Bradford player from 1982-88 and 1998-2002.

But McCall has inherited a tough situation with Bradford having failed to win any of their last seven games.

Promotion remains a possibility for the Yorkshire outfit, who are one point outside the playoffs.

However, given their recent struggles, they look unreliable favourites.

Ruel Sotiriou has excelled since Leyton Orient recalled him from a loan spell at Dover. The 19-year-old striker has netted three goals in his last three appearances and looks a likely first-scorer against cash-strapped Macclesfield.