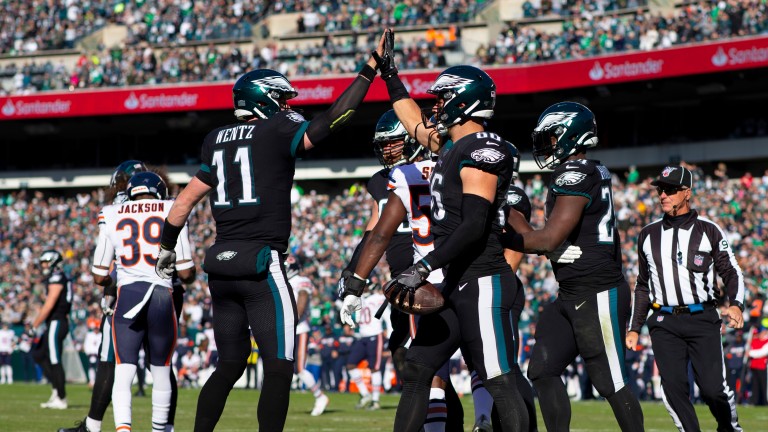 Philadelphia could be celebrating when they face Dallas on Sunday
Mitchell Leff (Getty Images)
1 of 1
By Andrew Wilsher 1:00PM, DEC 21 2019

Free American football tips, best bets and analysis for Dallas Cowboys at Philadelphia Eagles in Week 16 of the NFL.

Dallas take on Philadelphia in a game that will go a long way to deciding the NFC East title.

Victory for the Cowboys would punch their ticket to the post-season, but a win for the Eagles would put them in the driving seat going into the last week.

Neither team has been in great form but having home advantage could swing things in Philly’s favour.

Doug Pederson’s team should be fully focused after beating Washington in the final minute last week, but they know they will need to be at their best after Dallas bounced back from three defeats to obliterate the Rams last week.

The Cowboys boast the best offence in the league but running back Ezekiel Elliott could be pacified by the Eagles' third-ranked rushing defence, while Dallas QB Dak Prescott has been dealing with a shoulder problem.

With such high stakes, this has all the makings of a close clash and a case can be made for either side to take the win, so with that in mind it is worth siding with Philadelphia to edge it with the handicap points on their side.

Eagles quarterback Carson Wentz and running back Miles Sanders both had huge games last week and could trouble the Cowboys, who have given up 21 points or more in five of their last six games.