Cowboys can crack the whip to tame Bears 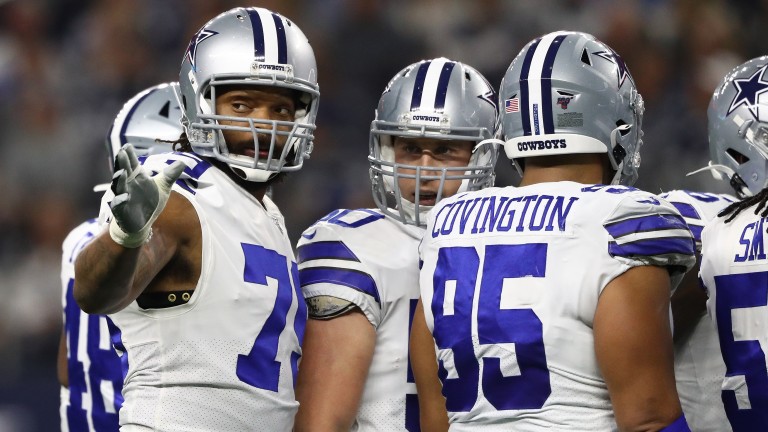 The Dallas defence will look to keep Chicago at bay in their quest to reach the playoffs
Ronald Martinez (Getty Images)
1 of 1
By Andrew Wilsher 4:42PM, DEC 4 2019

Free NFL picks, tips and predictions for Dallas Cowboys at Chicago Bears in Week 14 of the NFL.

Chicago scored more than 20 points for the first time in six games when they defeated Detroit 24-20 on Thanksgiving Day, but don’t count on them repeating that feat when they host Dallas.

After a tremendous season last year the Bears have stalled somewhat and are unlikely to make playoffs this time, with a lot of the blame falling on their below-average offence.

The victory over the Lions was the first time this season that quarterback Mitchell Trubisky had passed for more than 300 yards, and Detroit have been wobbling while the Cowboys are fighting to secure a place in the playoffs.

Dallas dropped to a 6-6 record with their defeat to Buffalo last week but they remain top of the NFC East after Philadelphia’s surprise loss to Miami.

Their defence has been shaky at times but they have conceded the third-fewest points in their conference and have kept New Orleans, Philadelphia and New England below 20.

The spotlight is on head coach Jason Garrett to deliver while quarterback Dak Prescott and running back Ezekiel Elliott need to show they can perform against Chicago’s rigid defence.

But given Dallas have allowed an average of 215 passing yards per game this season – the eighth-best mark in the NFL – Chicago could have a tough time moving the chains and find it difficult to put points on the board.

Dallas
Wide receiver Randall Cobb (illness) and defensive end Michael Bennett (foot) were limited in practice on Tuesday, while linebacker Leighton Vander Esch has been dealing with a neck problem.

Chicago
Wide receiver Taylor Gabriel and tight end Ben Braunecker are unlikely to play due to concussions, while linebacker Danny Trevathan is doubtful with an elbow injury.

Chicago have scored fewer than 21 points in ten of their 12 games this season.