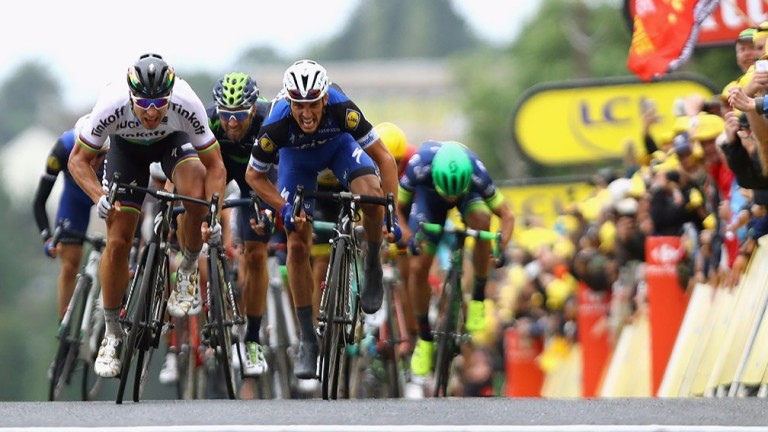 Over the next few weeks, cycling's hard men will push themselves to the limit across road, mud, hills and cobbles.

Spring is classics season in the cycling world and after Julian Alaphilippe tasted glory at Milan-San Remo last weekend, the one-day races head to their traditional home in northern Europe.

Gent-Wevelgem is often seen as the sprinters' Flemish classic and the list of recent winners backs that up. Mario Cipollini, Tom Boonen and Peter Sagan are multiple winners of the race with Sagan beating Elia Viviani on the line last year.

Sagan warmed up with 17th place at E3 Harelbeke on Friday as Zdenek Stybar gave Deceuninck-QuickStep yet another win in a prestigious one-day race.

Stybar is likely to ride in support of Viviani on Sunday, however, unless the race fractures and a sprint finish seems unlikely, so backing the Italian to ain compensation for last year's near-miss appeals.

Viviani became the new favourite on Saturday when Dylan Groenewegen, who beat a decent field in Wednesday's Three Days of De Panne, pulled out due to illness.

Three-time world champion Sagan has claims, but he may still not quite have hit top form after an earlier fitness setback.